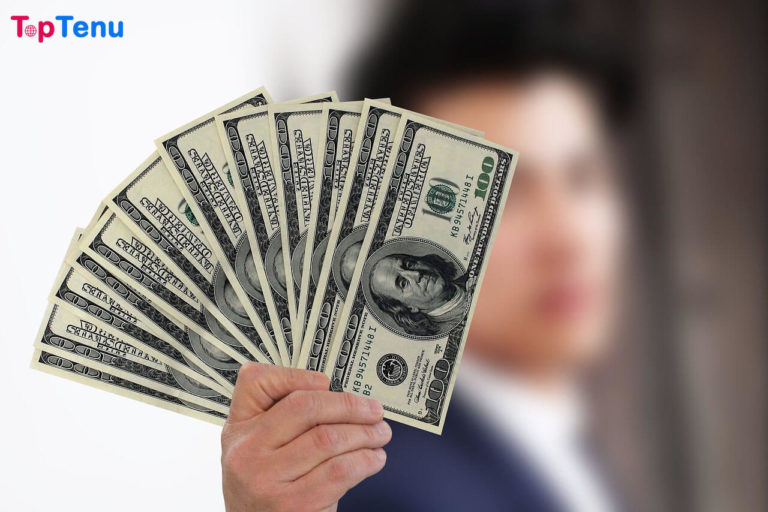 The crises made international headlines and politicians were looking everywhere for an immediate solution.

Imagine spending an entire week without electricity, that’s almost impossible in the 21st century. Elon Musk claimed that he can solve Australias energy problem by building worlds largest battery and when he was challenged if he is serious, he tweeted Tesla will get the system installed and working 100 days from contract signature or it is free.

If you take a look at any billionaire you will find out that they became one by solving a huge problem. Facebook solves the problem of connecting people (at least in some ways), and the more people you help the more money you’re going to make in return.

And that’s how Capitalism is designed. Take Amazon, for example. The company solves a basic problem, which is making shopping a lot easier and faster by bringing everything to your smartphone where you can order whatever you want with a single click, and it will be delivered to your doorstep.

As we solve more and more problems, the world gets better and better. However, there are still plenty of problems left for us to solve because with every generation comes new challenges. So let’s find out what are the problems that you can solve today can turn you into a billionaire.

This might sound a bit weird because it seems like we have already solved this problem and there is not much left except what the big guys can do.

If you are reading this article, almost everyone around you has an internet connection. However, the internet is something that most people take for granted because it’s a luxury since there is still a huge chank of the population that does not have internet access.

Currently, there are 7.6 billion people on the face of the earth, but only 4.5 of them have access to the internet, which means there are over 2 billion customers that are leftover.

And if you just solve the internet connection for at least 100 million of them, you will definitely be making billions. You might be wondering why on earth the big players aren’t tackling this market.

There must be a strong reason. And that’s true! Internet is not cheap. It requires billions of dollars to build the infrastructure.

And since the rest of the world that is still not connected to the internet are the rural areas and poor underdeveloped countries, it doesn’t make sense for these companies to throw billions and wait many more years to at least return their principle when 5G revolution is happening right under their nose.

Well, if it needs such a huge capital, it’s not an option for an average person. And that is the point. The problem is to come up with a much more affordable way to deliver an internet connection to these areas.

One of the people trying to solve this problem is Elon Musk with his Starlink project. He plans to launch 42000 satellites into low earth orbit around the planet with satellites that will provide internet to every corner of the world. The company has already launched 713 satellites. But that doesn’t mean there isn’t a room for you to complete.

Starlink internet will be expensive at the beginning and spaceX will first be completed with traditional companies in developed countries which still leaves a room for others to come up with a more affordable internet connection.

Internet has clearly changed the world. And smartphones made us incredibly smart. Whatever you want to know is right there at your fingertips.

You want to know how a car engine works even if you know knowing about cars? Just google it! You want to find out how the ISS was built? Wikipedia can help you! The only problem we have is the time it takes us from asking the question to finding the answer.

You need to pick up your phone, type the question, and then scroll through all the pages that Google shows you.

The challenge that we are trying to solve now is how do we reduce the time from the moment you ask the question to when you find the answer on the web.

One way is through voice assistance because speaking is a lot faster and easier than typing, which is why all of these tech giants have jumped on board to compete in this market. Voice assistances are undoubtedly convenient, but their use is limited.

You can’t rely on voice assistance for personal stuff in public. That’s why there must be a better solution, which is connecting internet directly to your brain.

It sounds too futuristic and unreal but its already happening right under our nose. Companies like Neurolink has made tremendous progress in this field Since we have reached the final version of smartphones, BMI or the brain-machine interface is naturally the next big thing.

It might not seem realistic, and most people imagine that it’s not going to happen in our generation. But that’s not entirely true.

The world population is about to hit 8 billion people, and experts predict that by 2050, there are going to be 10 billion of us. Our biggest problem here on earth is that we have limited resources, and our only source of resources is earth.

For most of our existence, there were only a small number of us but due to technological innovations, the population has skyrocketed.

Just 120 years ago, the world population was 1.6 billion, today its almost eight billion. 500 years ago, there were only half a billion people on the entire planet.

All these smart things you own, from your computer to your gadgets, are built using resources that are limited, such as gold, silver, tantalum.

These resources are extracted by mining companies who are seriously damaging our climate. So it’s not sustainable, and more importantly, there are limited.

But since we have visited space, we found that space is filled with such resources. A single asteroid could have trillions of dollars worth of rare resources, but it depends on the asteroid because they could be as small as a few meters or as big as countries.

In fact, a single asteroid could have more gold than earth. The only problem we have to solve is how to extract them. Of course companies like Spacex, blue origin and even Nasa are working on finding the solution but there are not there yet.

And it opens a huge widow of an opportunity. The cost of getting to space is getting cheaper and cheaper every year, and in the next decade or, space is going to be like the internet was back in the 1990s and whoever figures an efficient and affordable way to extract resources from space will definitely be on the path to becoming a billionaire.

Plastic is one of the inventions that completely changed the world. It’s used everywhere. Everything is partly made out of plastic, your house, car, computer, phone, clothes.

Until recently, we thought that its one of the smartest inventions ever, but then we realized then it takes up to a thousand years for plastic to break down.

Although we are trying to recycle them, 80 percent of the plastic ends up thrown away, which creates a serious environmental problem because sea animals and birds end up eating them.

Since plastic can’t be easily broken down, most of these animals end up dead. Currently, almost 400 million tonnes of plastic is produced each year, and the problem we have to solve now to create an alternative product.

Some researchers suggest that by 2050 there could be more plastic than fish in the oceans by weight. There are many ways to solve this problem, from building an infrastructure to recycle all thrown away plastic to create an alternative to plastic bottles for example.

Ageing Death is an inevitable destination for everyone despite your wealth, skin color, status, nationality. And it doesn’t seem like we can solve this problem anytime soon, at least not in the next few hundred years.

Maybe sometime in the future, we might come up with a solution, but what we can solve for sure is that – aging. For most of history, average life expectancy was less than 30 years.

But since the industrial revolution, that number began to grow, especially since the beginning of 20th century to the point where in some countries, life expectancy is 85 years, which means, an average person lives 3 times longer than someone would just 200 years ago.

The reason we die is because our organs deteriorate over time and break down. And as we find ways to keep our organs function for longer, life expectancy will keep growing.

It’s entirely possible to increase that number to 120 or 200 years. Chances that it will happen in our lifetime are pretty high.

But Our main problem currently is as we age, our organs get weaker, and we start getting sick more often. So life isn’t as exciting in your 70s and 80s as it’s in your 20s.

So the problem that the healthcare industry is trying to solve is how do we extend your healthspan. How do we make you feel young even if you are 100 years old? Theoretically its possible, but the technology is still not there yet, which presents a huge opportunity.

Multiple experiments have been done on mice which have been successful. This is of course, an extremely difficult problem to solve but the bigger the propblem you solve them more people you will help, therefore the more wealth you are going to generate.

And now it’s your turn to let me know which of these problems do you intend to solve? Of course, these are not the only potential problems that can put on a path to become a billionaire. There are definitely more. So let me know in the comments below.