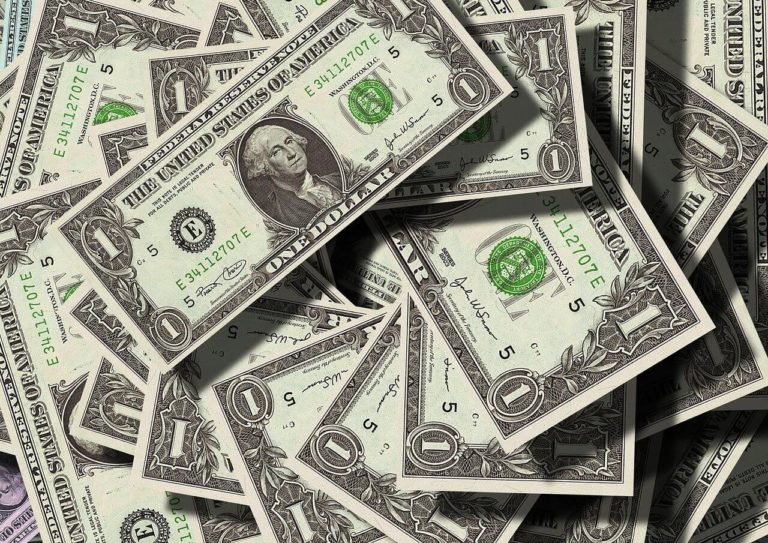 Intro How many millionaires are there in the United States? what If I told you that every year, around 600 to 700K people become millionaire just in the US.

And now try to guess the total number, there are almost 20 million millionaires (18.6) just here in the US! and now try to imagine how many millionaires are there worldwide! If you think about it, all millionaires can be divided into 3 categories, because, there are essentially 3 ways to become a millionaire unless you win the lottery and that will be the fourth.

By the way, contrary to the popular belief. Only 20 percent of millionaires have inherited their wealth, the other 80 percent made it with their blood and sweat.

So even if you are not born with a silver spoon in your mouth, your chances to become one are reasonable. There are basically 3 financially paths you can take! Sidewalk, Slowlane, and The Fastlane!

The Slowlane is get rich slow formula, or get rich old when you will hit your 60s or worst 70s. The Slowlane is your typical parent’s advice: Go to school, get good grades, graduate, get a good job, save 10%, invest in the stock market, max your 401k, clip coupons…then, someday, when you are, oh, 65, maybe 70 years old, you will be rich.

Not like ultra rich but you might fully cover your mortgage and will be left with some assets that will in total be valued at over one million dollars.

The problem with the Slowlane is that you will have to sacrifice your entire life so that you can live your dream life when you are in a wheelchair.

Which I don’t really like because once you are old, you can’t get back young again, Time is out of your hands.

when you take this path, you can’t double it or triple your income it every year, try asking your boss for a 100 percent raise, you will get rejected at best or worst get fired! So, If you decide to take this path, remember, you are not going to drive that Ferrari while you are young, you are not gonna travel and have adventures because it’s quite difficult to do that when you are 70.

You will live like a slave waiting for the weekends to celebrate your freedom and then get back to slavery on Monday. If buffet started investing when he was just 11 years and only made his first million by the age of 31.

How long do you think it will take you to make even a million dollars when you haven’t even invested a single dime in the stock market yet and you are in your 20s o 30s! Nonetheless, its probably the best strategy for most people.

You will be a millionaire in 30 or 40 years. Depends on your salary and how much you are willing to save. In fact, a considerable number of millionaires in the US have taken this path and it worked. It’s safe, secure and guaranteed and better than the second option – The Sidewalk.

Related: 10 Most Damaging Hurricanes in History

Sildewalkers are usually one step away from bankruptcy, because they are more bothered about living their dream life today and aren’t much into the future. They can even make millions of dollars but still, end up poor like a professional athlete or a musician.

Your album fails, you get injured, you get homeless and file for bankruptcy. Even if you have a prosperous carrier, chances that you will remain a millionaire after you retire are really low.

78% of NFL players are either bankrupt or under financial stress within 2 years of retirement. 60 percent of NBA players go bankrupt after 5 years of ending their career.

Imagine making millions of dollars but still Go broke. it sounds unbelievable, but that’s usually what happens when you decide to become a pro athlete.

There isn’t time for financial education, You have to work hard day and night to be at the top, there will be people who are more talented than you or simply have better genetics.

By the way, The number of athletes who end up making it to the pro level are less than 1 percent. While you are having the greatest years of your career, you get used to a certain lifestyle that’s completely taken care by your muti million dollar salary, and once you retire its difficult to get back to an average life. SO you go broke in a few years.

The number of athletes who build a sustainable business while making it to the top like Michael Jordan are an extremely small minority.

And even those who end up earning 400 million dollars like Tyson did can still go absolutely broke! The worst part about it is that. With the rise of social media, everyone is taking the sidewalk.

You pull out your phone and see how these people are driving ferries and living their dream lives. and You don’t want to be left behind, You might be working hard, but whatever money you make, you spend it on the next gadget, on the next trip, or on a expensive car so that you have something to post on your Instagram.

Sidewalkers are trapped in such a lifestyle where they are driven by their urgent instant need for pleasure.

Every dime you make will directly go to your car payment, clothes, whatever. You are not worried about the future because you think that someday, sometime in the future you will hit big. but lets be honest, you most probably won’t. So it’s not the wisest option to take for most people!

And then there is the Fastlane. The whole idea behind it is that, instead of sacrificing today for tomorrow or tomorrow for today.

Get out and provide value to as many people as possible. You see most of us are consumers because to provide value, you need to have something first.

And most people do not take the time and effort to build themselves up to a point where they will have something to give.

Mark Zuckerberg became a billionaire in just a few years because he provided a platform to millions of people to socialize.

Your favorite YouTuber provides you with content that you find interesting. Amazon saves you the time and makes shopping much easier!

And whats makes this path much more appealing than the other two, There is no limit to how much you can make! You want to triple your income in the next 6 month, It’s under your control! You don’t have to beg your boss for a 5 percent raise like the Slowlaners do.

And you are not scarifying your future like the sidewalks do because Fastlaners take that money and buy real esate, patents, businesses that will keep raising their income.

The challenge with the Fastlane is that you will have to spend first an enormous amount of time to create something that will truly bring value to a substantial number of people. And the more people you impact, the more money you are going to make.

Of course, it’s not easy, and most people would never be able to do that, because the other path looks much more attract since that’s what being rich means to most people. But “When you finance an $80,000 Mercedes Benz over six years because that’s all you could afford, that isn’t wealth.

You are Fooling yourself. It still blows my mind how people travel while not having even a thousand dollars in their savings account.

Wealth isn’t embodied in a car or clothes but in the freedom to know that you can buy it. That’s why it’s easy to find self-made not only millionaire but billionaires who are cheap because they know that they have the freedom to afford pretty much anything they want anytime.

On the other side, you have people who haven’t paid their students loans yet they are completely comfortable to take another loan to show everyone how successful they are.

People don’t choose to be poor. They make poor decisions that slowly lead them into that direction. Just a little disclaimer, that doesn’t mean you can’t achieve your financial goals if you decide to become a musician, athlete or an actor.

Of course you can take that path and slowly turn it into a sustainable businesses. But we are talking about the overwhelming majority.

At the end of the day, if your wealth do not bring you the freedom to live wherever you want, however you want without being accountable to anyone, You are still poor. And For Gods sake, please do not bombard me with comments about how money can’t buy happiness, that you can take the slowlane and still be happy.

Absolutely and the point of this video is that there are 3 financial paths you can take that really can make you a millionaire in different ways and each of them have their upsides and downsides. Of course, the Fastlane is the most rewarding one where you can become a millionaire in just a few years and stay one for the rest of your life., but its also the most challenging one, which is why most people won’t take it, but being a Sidewalker isn’t sustainable, that’s why the Slowlane is probably the best option for most people.