Your companion on the journey of world discovery Talking about babies, we often think about the innocent and their crocodile tears image, however, do you know that there are many babies own such an incredible strength in the world and can even lift up the deadly dumbbells?

Today will prove what I just said is 100% correct Now, let’s come and check out who they are 10 Strongest Babies In The World

Opening for this list is Wang Kai – 11 years old, from China, has an incredible ability in throwing out the playing cards sharply like in those famous martial art movies that we watched back then Recently, the recording his perfect talent has become a new phenomenon on social media.

In the, what left the most impression is how Wang threw out the cards and got it plugged right into the wooden sticks. I feel like his cards are even sharper than knifes!

In fact, the performance requires quite a great measurement to complete, or else, he will injure the person holding the apple or cucumber for him to throw his cards at. In the end, his received countless compliments from netizens, so, do you respect his talent as much as I do?

This cute little girl – Brooklyn Sittner, 10 years old, from Montanna, America, is a girl who has been deeply in love with the gym since she was only 6 years old And after 4 years of working hard, she can now lift up a dumbbell weighing up to 45kg.

Accordingly, by being hard-working and trains her skill seriously, she has been able to receive many amazing awards and medals in many sport contests At the moment, she has switched to a different fitness regimen called – Crossfit In fact, crossfit is not a bearable type of sport since adults even struggle a lot while practicing it However, that doesn’t mean Brooklyn will stop working out.

Her number 1 wish is to participate and get a medal at the Olympic Games, and I believe she will totally be able to do that!

This little girl, Brodie Bowen, 7 years old, is a daughter of a famous fitness coach – Brodie Bowen, has showed off her interest in her mom’s field and started practicing since she was small Brodie Bowen started catching people’s attention when she successfully performed many weightlifting skills at the age of 5.

By following a strict routine, she has learned and improved her ability onto a whole new level There was a showing how Brodie lifted up a dumbbell weighing up to 43kg under the supervision of her dad – Jordan.

And it’s surprising to see how the quickly became a new phenomenon on social media However, that also means there were many arguments raising against.

While many people admire her strength and flexibility, there are some who very concerned about her health condition and assumed that the bone structures of this 7-year-old girl cannot handle these intense workouts for so long. So, what do you think about this?

Lyza Brooks Mosier, a 10-year-old girl from Georgia, catches people’s attention because of her muscular body, especially is her 6 packs She first practiced doing gymnastics when she was 4 years old, since then, her body shape has been maintained healthily and beautifully.

As a matter of fact, Lyza is a energetic, cheerful and sporty girl, so she always wakes up at 5:30am everyday just to work out Her family also allowed Lyza to open an Instagram account and they are the one who are in charged of her daily posts as well. Currently, her account has up to thousands of followers

Anna’s dad loves her unconditionally so that’s why he would love to make his daughter become famous And of course, he really made it become true At the age of 8, she has accomplished many incredible achievements that you can never believe like doing 1500 push-ups in 52 minutes, which has been recorded by the Guinness Book At the age of 13, once again, she shocked people by pulling a car weighing up to 2 tons.

And in 2017, another world record has been made by her as she became an archery and shot the arrow using her feet She said that, at first, it was challenging to shoot it right in the middle point, but because of her endless effort, it’s not surprising to see how she has achieved many fascinating awards and achievements like that

Jake Schellenschlager, 14 years old, from America, is dubbed as the strongest boy in the world as he can lift up a dumbbells double his weight.

This 1.6m tall boy who weighs around 54kg has broken the world record for people who are under 55kg but can lift dumbbells weighing up to 136kg at a weightlifting competition in America.

Jake said that he got inspired from his dad – the one who he assumes to have such an incredible power. Currently, his priority is to improve his ability and break many more world records in the future

Javon Walton – 12 years old, is known as a master of boxing and gymnastics since he has trained himself at the age of 4 Besides boxing, Javon even impresses people with his acrobatic and hand-standing skill Recently, he appeared on the famous TV show – Little Big Shots as a special guest and amazed the audiences with his boxing and acrobatic skill Instead of doing the regular acrobatic moves and handstand, Javon borrowed the table that Steve Harvey was using and performed right on it.

People were suffering from a heart attack while watching his performance. After the show was aired, it’s not surprising to say his reputation has skyrocketed amazingly

Vayra Akulova, born in 1992, from Ukraine. At 15 years old, she could lift up an object double the weigh of her Although having such a normal body figure, not really muscular like people tend to think, but, Vayra does own such an incredible power that even scientists can’t even figure out the cause of it At 8 years old, her name was listed in the Guinness Book because she lifted up something weighing up to 100kg.

And at the age of 15, it increased to 300kg – setting up a whole new world record that nobody could break

While the martial art stars like Jackie Chan and Bruce Lee have taken a break in their industry, meanwhile, Ryusei Imai is assumed to be a new star of the Asian industry in the future Born in a family that practice the Nara martial art in Japan, this boy has been put under a strict working out routine of 4 hours / day by his dad at the age of 4.

Accordingly, Ryusei wishes that he could become a superhero like his idols and break all the physical standards that people think impossible In 2015, his dad posted a of him doing martial arts on the internet.

As a result, it got more than 10m views and made Ryusei become a new phenomenon on social media The way he threw the nunchakus is exactly similar to Bruce Lee’s that made people call him as the second version of Bruce Lee Shortly after that, this guy received many invitations to appear on many TV shows and movies domestically and internationally. Hopefully, he will gain lots of reputation in the future as well .

Ranking first in this list is … Richard. In 2000, this guy, Richard Sandrak, born in 1992, who was raised in a family whose dad is a martial arts championship and mom is a professional gymnast, is expected to be the most powerful man in the world.

At the age of 6, he owns a muscular body which is totally comparable to many other famous bodybuilders. At 8 years old, he could lift up a dumbbell weighing up to 95kg and owns an incredible flexibility skill as well But in order to achieve those things, this guy had to go through many strict workouts at the age of 2, usually took him 10 hours a day.

OMG! Such hard-works right guys? At that time, Richard got his name enrolling in many big sport contests and is known as an inspiration for many people in the world The following list are top 10 strongest kids in the world Who are you most impressed with? 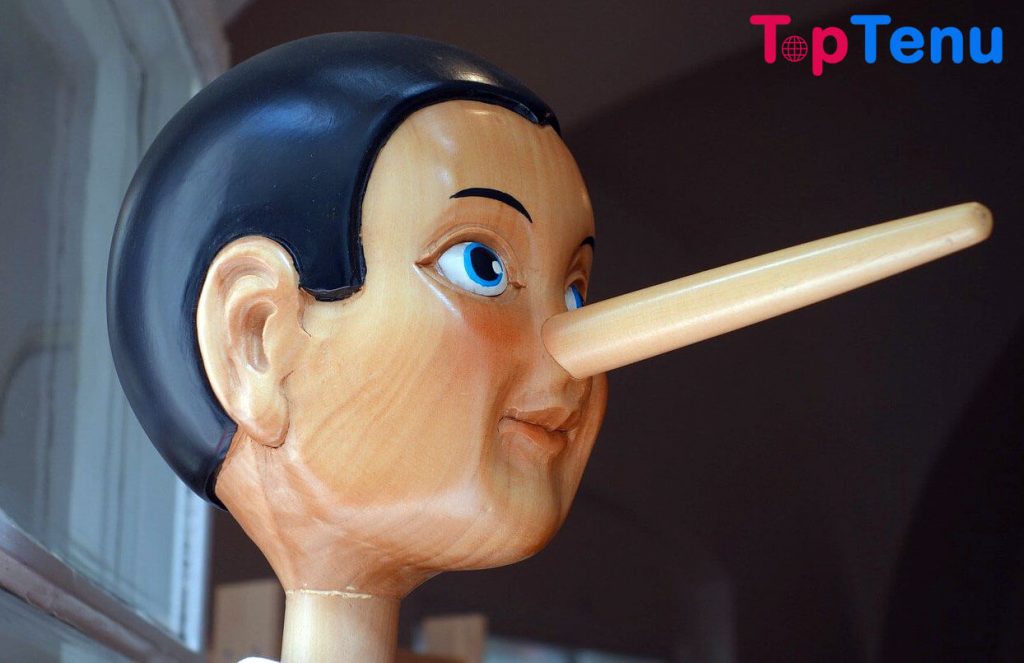 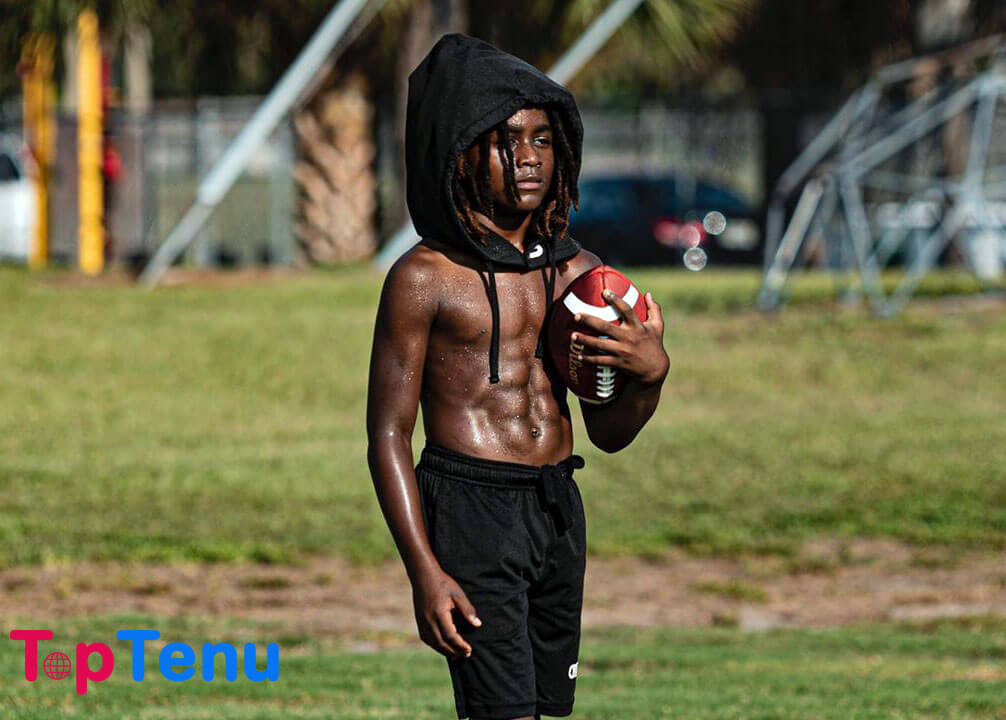