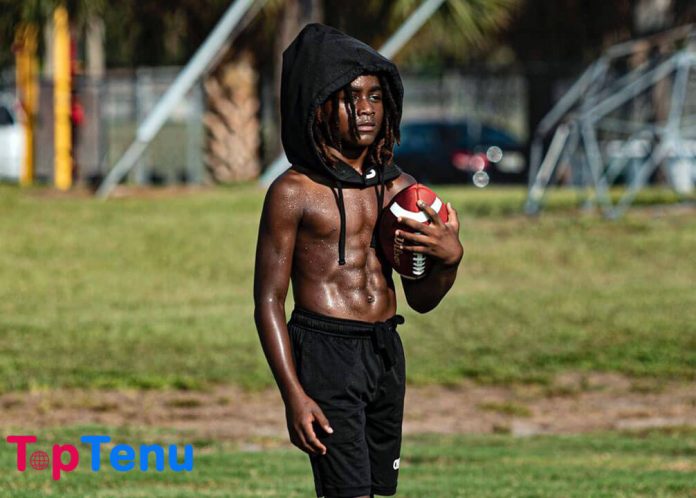 Fastest Kid in The World

Recently, a seemingly usual video appeared on YouTube. It`s about 100 meter dash sprint race for kids. The reason why the video got so popular is because one of the boys managed to reach an impossible speed for his age.

Meet 7-year old Rudolph Ingram. They call him blaze. Rudolph the Blaze is the fastest kid on the planet! It`s incredible how this little fella ran the distance in mere 13.48 seconds.

It is unbelievable because as we all know, the current record was set in 2009 by the one and only, the legendary Usain Bolt with his 9.58 seconds.

Rudolph`s father is very proud that his 7-year old son is the fastest kid in the world. So far, Ingram won 36 medals including 20 gold medals.

The boy is Amateur Athletic Union champion. Many popular brands are fighting against one another to make Rudolph their trademark man.

And though Rudolf is still a little boy, he already has six-pack, which Is very unusual for a guy of his age. It`s just possible that Rudolph could be a genetic genius.

Or maybe his father is seriously interested in realizing the boy`s potential. Rudolph says that running helps him to waste that incredible amount of energy he accumulates during classes.

Partly, the boy`s remarkable skills are the product of his congenital hyperactivity, which is very common among kids. Medics who studied the boy`s physique say that Rudolph is somewhat genetically enhanced.

Related: Top 10 Most Unusual Kids in the World You’ll Ever See

Here is what Rudolph said in one of the interviews: I like running, especially down the hill when the wind blows right in your face.

I always wished I had a bicycle but I never had one and so I started running faster than the guys were cycling just so I could show them what I’m all about.

Sometimes I like to think that I am Ken Clark from the Superman movies. Other times I feel like I’m Super Sonic. I try to be swift and fast in everything I do.

When it comes to sprints, my friends can`t keep up with me because they live in places where you can`t run. And I’m lucky to live by the stadium so I always get a chance to practice.

The only friend who could beat me was my dog. I wanna be like Usain Bolt. He is so cool. He is very popular; people recognize him everywhere in the world.

Now that I am kind of famous, he heard about me. When I grow up, I ll definitely beat his record! Apart from his phenomenal running skills, Rudolph is a diligent student and an accomplished footballer.

His football affection is his father`s initiative. Rudolph senior was once a footballer himself. He is retired now and works as a football coach.

It is kind of strange that the boy is so capable because none of his relatives poses any kind of special physical abilities that Rudolph could inherit.

His father describes the boy as humble but very competitive. “I can give him all the tools to be great, but his drive and work ethic and competitive mentality, it sets the bar so much higher.

This is my baby, I’m overly proud of him. He makes me so proud,” said Rudolph Sr. “I don’t like saying it, but I feel like he’s a one in a million child.

I don’t like saying it because he’s my child but I definitely feel like he does great things.” Rudolph`s dad is trying his best to keep the boy away from all the bad stuff.

He don`t let him mess around with the wrong people, keeps him from drugs and alcohol and don’t let him sit around playing video games all day. His dad is very serious about the future career of his son.

One of the Japanese TV shows even posted a photo of the duo as an ideal father and son. Rudolph already has over half a million followers on Instagram, which means that this little fella already makes enough money to sustain his family.

The boy`s popularity is only rising. He does endless interviews, photoshoots, commercials and many other things that brings the Ingram family a lot of profit.

Children rights movement is a little concerned about the way Rudolph’s father manages his son`s life. They believe that the dad exploits the son and that he is solely driven by the commercial interest but Ingram senior denies the accusations, saying that he is an honorable man.

Everyone wants to be a proud parent; everyone wants the best for their kids. Those who think I’m exploiting my son are jealous of his success – says Ingram senior.

Unfortunately, it is well known that because of the endless training sessions, oftentimes kids like Rudolph can burn out pretty quickly.

Let`s just hope that Rudolph will remain true to himself and to his dream. Right now, Rudolph is busy preparing for the autumn national championship. He`s planning to brake his own current record and run the distance in about 12 seconds. Well, let`s wish him luck! 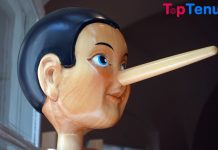