In this Article I will tell you about Top 10 Most Intelligent Animals in the World.

Top 10 Most Intelligent Animals in the World

A reasonably popular pet, the African grey parrot is renowned throughout the world for its uncanny ability to imitate human speech and virtually any sound in its immediate environment.

And for that alone, they are prized as pets but their abilities don’t just stop there. African grey parrots are also among the most intelligent of birds and according to scientists, are able to perform cognitive tasks akin to a five-year-old human child.

In fact, the animal cognition specialist, Irene Pepperberg, has shown that they can acquire a vocabulary of over 100 words.

They say elephants have a long memory and that is truly no exaggeration. Having the largest brain mass of any land animal and having a similar degree of neuronal connectivity to humans, elephants are animal powerhouses.

Thought to play a key role in elephant intelligence, as well as that of primates and whales, are spindle neurons, which are unique to these categories of animals.

When an elephant dies, elephants who were familiar with the deceased elephant will gather around it and pay their final tribute, something only an animal with sufficient cognition can do.

African elephants, for example, are known the chew the leaves of a tree that help induce labor, a practice common to humans in Kenya, as well as using various tools in conjunction with their trunks.

You may be shocked to hear this but octopi are surprisingly intelligent. They have the largest brains of any invertebrate and are capable of learning behavior that no one would think is possible, such as repetitive tasks.

What is even stranger, however, is the fact that of its 130 billion neurons, 3/5 of them reside in their tentacles, which is just freaky.

See also  Top 10 Strange Animals That Are Hard To Name

It has even been reported that a severed arm from an octopus is capable of independent actions.

Severed arms have enough neurons to be able to continue to move along the sea bed, seize food, and attempt to pass the food to its mouth as if it were still connected to the rest of its body.

The crow just might be the smartest bird of all. With a brain-to-body ratio surpassing that of most animals, crows display truly remarkable intelligence and this puts them on a similar level to that of primates.

Crows can recognize individual human faces and, apparently, can engage in trade and barter as well. A family in Seattle, Washington, for example, has been feeding crows that have been visiting them for some time and in exchange, the crows bring back gifts in return.

The little girl in the family has documented more than 70 such gifts, often in the form of trinkets.

Also Read: Top 10 Animals that are on the Verge of Extinction

Shocking to some as it may be, but the pig is one of the smartest, cleanest, and agreeable domestic animals out there.

Pigs understand how mirrors work and can navigate around them in order to find food, having understood that the reflection isn’t real.

They also can engage in problem solving, such as figuring their way around a maze and have an excellent long-term memory allowing them to recognize familiar objects after a great deal of time has passed.

Our closely related cousins, the chimpanzees, show a remarkable degree of similarity to us both in terms of our capacity of violence as well as intelligence.

These animals display an incredible ability to use tools, such as using and shaping sticks in order to dine on termites, which they poke into termite mounds and use to probe and fish them out and using stone cleavers and weights to crack open nuts.

Interestingly, and perhaps more terrifying, are chimpanzee war bands, which are organized troops of males that group up in a sophisticated strategy to hunt down monkeys together, eating their meat as a reward.

Sometimes the similarities to humans are eerie but they’re also helpful in order for us to better understand how we got here.

The border collie is universally recognized as the most intelligent breed of dog.

This is because of its heritage as a working dog that had to employee smarts on the go in order to take care of the herds they were in charge of, which forced it to evolve a sharp mind.

Border collies can learn tricks faster than other breeds and have been known to be able to solve complex puzzles that even chimpanzees cannot, such as treats hidden under multiple objects by quickly figuring out the right one.

And, of course, they are among the easiest dogs to train in the world making them the full package deal when it comes to intelligence.

Bottle nose dolphins are among the smartest animals on the planet. How do we know this? Well, they can recognize themselves in the mirror, for starters, which only a few animals can do. And each dolphin can vocalize in a unique way, indicating individual identity.

Bottle nose dolphins, like chimpanzees, also use tools, such as improvised shovels made of sea sponges used to dig up the ocean bottom to search for food. And, perhaps, even stranger, they seem to share a strange bond with humans.

There have been many documented cases of bottle nose dolphins protecting swimmers from sharks while swimming around in circles fending off the sharks until help arrives.

And they often help fisherman by driving shoals of fish into their nets. No one really knows why they do this but one thing is clear, these are deliberate, conscious, and intelligent actions.

The orca is a truly amazing animal being both the king of the sea and the most intelligent animal in the oceans.

Orcas engage in complex communication that might be called language and different pods from different parts of the world even sound different, just like different human languages.

What is most remarkable about the orca, however, is its refined and generationally taught hunting technique, which differs from region to region and pod to pod.

In the Antarctic, orca pods are known to engage in synchronized swimming generating waves together to push off seals on ice floats.

Orcas have even been known to hunt great white sharks, employing a special technique where they ram the shark from the underside inducing a state called tonic immobility where the shark goes into a paralyzed state, eventually drowning as it can no longer move water through its gills.

No other animal can challenge the orca in terms of both power, versatility, and intelligence.

Humans generally do not think of themselves as animals but we are. We are the products of millions of years of evolution and somehow, some way, winners in a cosmic lottery that endowed us with the big brains we have today.

We might take cars, computers, and flight for granted because we have grown accustomed to it all but the reality is that for the longest time, tens of thousands of years passed with little to no innovation and now we send people into space, explore the ocean depths, have conversations with people thousands of miles away, and transplant hearts into people. Man truly is the smartest animal the world has ever known.

If you like This Article Top 10 Most Intelligent Animals in the World then Give him Your Feedback In Comments. 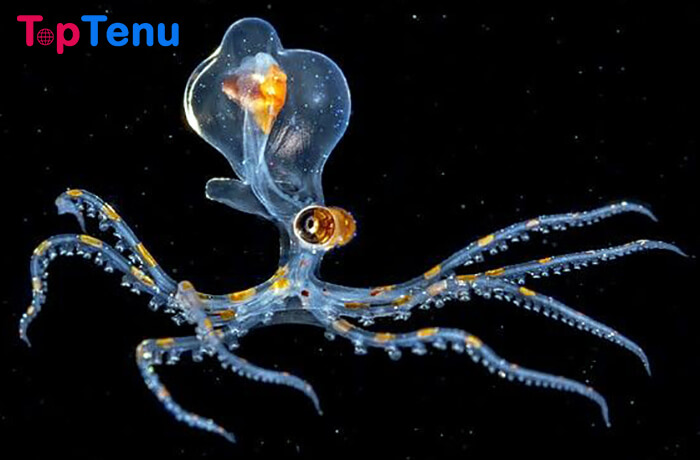 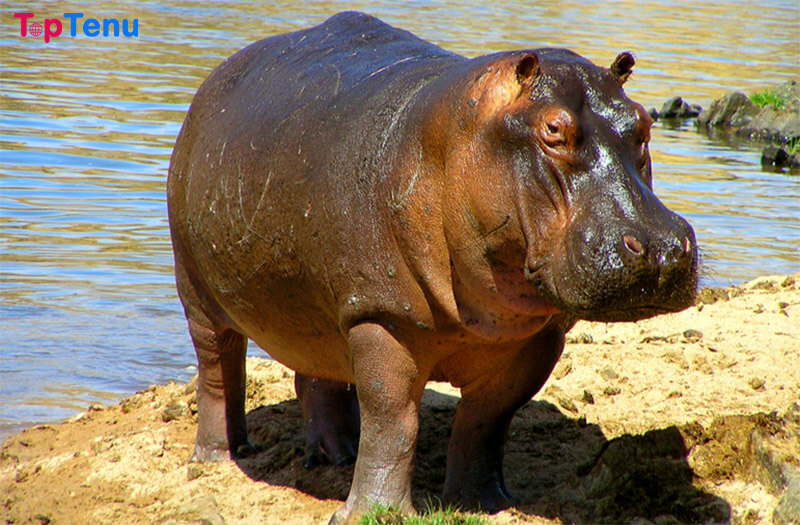 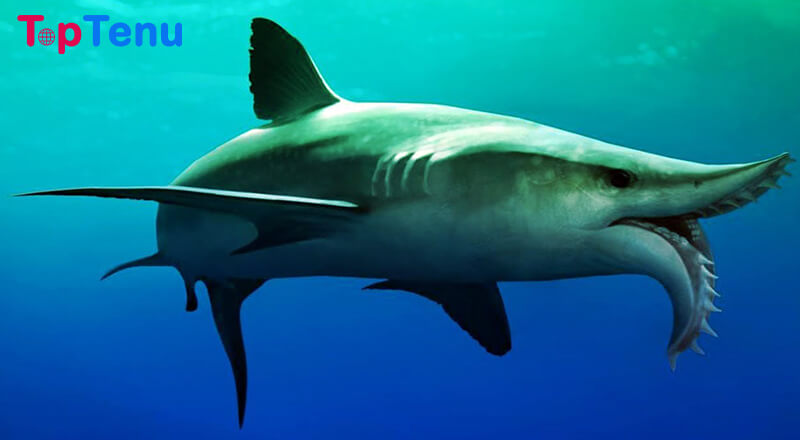 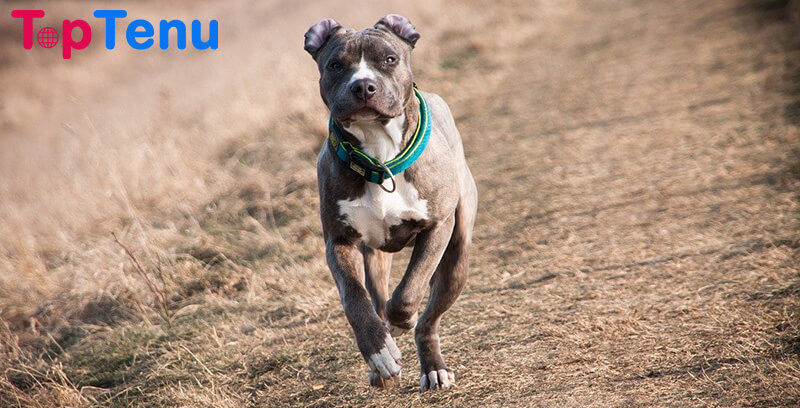