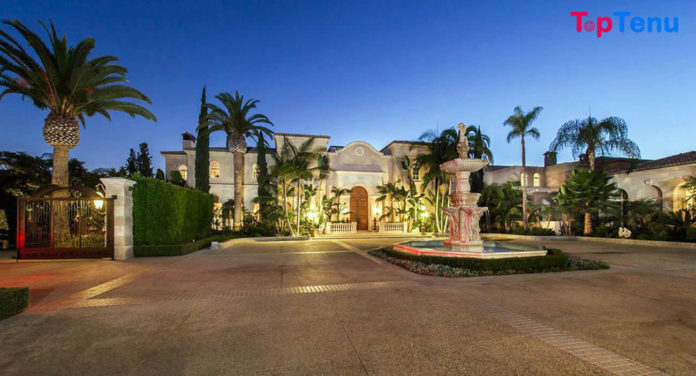 10 Of The World’s Most Expensive Homes

There are homes, there are mansions, and then there are these. For most who have spent the past six months staring at their home ceiling and dreaming of times gone by where travel wasn’t confined to a 5-kilometer radius, there is little worse than talk of the home space.

Luxury real estate markets the world over were already suffering from a slump even before the Covid-19 pandemic took its toll on the global economy.

Let’s start from the 10th most expensive home of the universe, i.e., The 15 Central Park West. It is situated in New York and has a worth of $45 million.

Michel gross is an author who wrote the book “House of Outrageous Fortune: Fifteen Central Park West, the World’s Most Powerful Address.”

According to this author, this luxury and the high-priced building are also called “Limestone Jesus.” Maybe! Because it is full of the wealthiest and more powerful residents of the city, like Daniel Loeb.

He was a hedge fund boss and purchases a mansion of 10674 square feet at the top of a high-rise in 2008. He bought this penthouse for $45 million.

In our list, the house ranked number 9th is The Kensington Palace Gardens; the selling cost of this expensive house is $89.4 million and is owned by Lakshmi Mittal (Indian Steel tycoon).

He loves his home and has named it his “Taj Mittal”. In 20014, Mittal purchased this home from Bernie Ecclestone (an English business magnate) for £57 million (in today’s dollars, it $89.4 million).

The nickname of the estate is just a joke: Mittal had decorated it with marble, which was obtained from the same excavation as the original Taj Mahal.

Many other rich people, including Leonard Blavatnik and Roman Abramovich, own their property in this area, so it’s a place of high value. This property is 55,000 square feet and has a swimming pool, a Turkish bath, ballroom, 12 bedrooms, and a picture gallery.

In Los Angeles country, the Fleur de Lys Mansion is the most expensive house which was sold for $102 million.

In 2007, after finishing manse renovation, divorcing, and setting part, its original owners Suzanne Saperstein and David registered it.

This highly priced house was designed after Vaux le Vicomte, a French castle constructed in 2002. The Fleur de Lys Mansion has 15 bathrooms, 12 bedrooms, a wine cellar of 3000 square feet with a tasting room, commercial kitchen, two-story library, commodious ballroom and, cutlery room. This mansion also includes a spa, tennis courts, and a pool. Many directors choose this location for their films and Tv shows like “The Green Hornet,” “Big Shots (the ABC TV series)” and Audi Super Bowl commercials in 2008.

Are you excited to investigate the house of the world’s second-richest man? Let’s discuss Xanadu, a place worth $125.5 million and owned by Bill Gates, co-founder of MicrosoftAs mentioned in the luxury website The Pinnacle List, in 1998, Bill Gated purchased this place for $14 million.

The house was named after a character in “Citizen Kane,” This amazing smart complex is built at an area of 66,000 square-foot, is perched on a hillside, and overlooks Lake Washington.

Visitors and residents of the house wore Electronic pins, which activate their personal preferences such as room temperature and lighting or even art seen on high-definition monitors across the house.

For having control of the property, tenants can pay a rent of $600000 a month. It is constructed on a vast land of six flat acres and has an Italian and Spanish-style H-shaped main house and several smaller houses.

It has an entry hall of 50 feet, an extensive library, overcrowded ceilings, a balcony all around, a family room that can accommodate 400 people with an outer terrace, a billiard room, an art-deco night club, two projection rooms, a pub, and a spa.

A famous architect, Gordan Kaufmann, designed this villa, and Milton Getz, a banking executive, built it. In 1946, William Randolph Hearst, inspired by the Mughals and “Citizen Kane,” got at this house and remained there until he died in 1951.

Later, because of the eminent movies “The bodyguard” and “The Godfather”, this house has become popular.

Let’s dig into the top 5 most expensive houses on the planet. Real estate mogul Jeff Green sold his 25 acres of land in Beverly Hills for a magnificent amount of $195 million and has the honour to have the most expensive property in the entire country.

The Plaza de Amour is a Mediterranean-style house with an area of 53,000 square feet, while the 15,000-square-foot entertainment complex has a ballroom with a fantastic revolving dance floor.

It features a theatre, 12 bedrooms, waterfalls, reflecting pools, a bowling alley, tennis courts, 23 bathrooms, and a wide garage which can adjust 27 cars.

This villa is so spacious that it can fit parties for1000 people at a time. People can spend time wandering in vineyards and gardens (here the land grows its wine), walking on glass walk wax, or waving over ponds attached to mature olive trees.

In our list, the number 4th ranked house is Fair Field. Fair Field is a 63-acre maritime front compound in Hamptons, the worth of $249 million.

The owner of this house is Ira Rennert, who in 1999, began building a vast estate, but because of some issues with neighbors, he moved to this house in 2004 after settling those nasty disputes.

In 1998, nearby inhabitants protest that neighborhood will be negatively affected by 110000 square-feet house.

Anyway, Rennert built the home after that; the lawsuit was unsuccessful, but now homes in Southampton cannot exceed 20,000 square feet.

3. The Penthouse at the Tour Odéon, Monte Carlo, Monaco – $400 million

The 49-story, gleaming Tour Odéon building hasn’t even unlocked its doors, and its penthouse is already considered the world’s most expensive house.

According to CNNMoney, this 35500 square foot of attic, commenced in 2015, has an expected $400 million selling price.

Upon completing the 560-foot skyscraper, it will be considered the second tallest property of the Mediterranean skyline. This beautiful penthouse includes a 360-degree view of the water and a pool with a water slide.

In 2008, Mikhail Prokhorov, a Russian Billionaire, tried to purchase Villa Leopolda. At that time, its retailing price was €500 million (equals to $750 million).

İn 1902, Leopold II, king of Belgium, constructed it and gave it to his mistresses as a present. In 1988, Edmond Safra, a Lebanese banker, purchased this property.

He died in a fire at his residence; after his death in 1999, this property was owned by his widow Lily Safra.

Currently, she is the owner. This 50-acre villa has 14 bathrooms and 11 bedrooms. İt includes a helipad, pool, outdoor kitchen, and a commercial greenhouse.

This location was used in two well-known films, “To Catch a Thief” and “The Red Shoes”. Before we continue be sure to subscribe to our channel and bring the bell to get notified about our lastest videos.

Your wait is over because now we are going to discuss the world’s most expensive home. It is the Antilia, located in Mumbai at Altamount Road.

İt s a 27-story home and has a heart-breaking price of more than $1 billion. Two Chicago-based architects, Will and Perkins, has designed this house.

This home was given the name of an Atlantic phantom island. It includes a ballroom, gardens, guest suits, three helipads, a 50-seated home theatre, health level, a temple, and multistory garage with wide space for accommodating 168 cars. 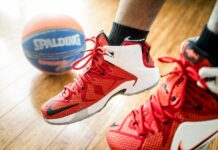 Top 9 Most Expensive Basketball Shoes in the World

Which Celebrity have the Most Expensive Car

Top 10 Most Expensive Yachts in the World

Top 10 Most Expensive Lego Sets in the World