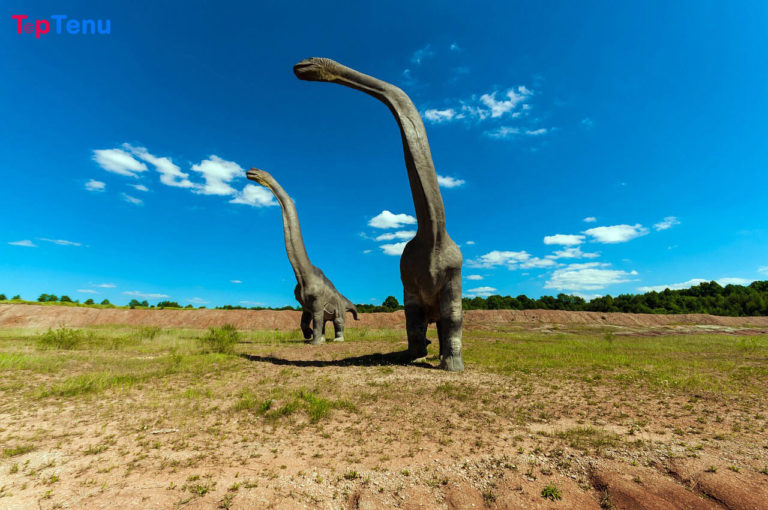 So… what happened to the giant lizards that used to roam our planet with total impunity? These big animals ruled the day, stomping over every inch of terra firma and swimming in our seas until they vanished mysteriously leaving only bones and puzzling clues behind.

While most people assume that the great dinos died out from a cataclysmic asteroid event, others aren’t so sure. We present to you the ten craziest theories about dinosaur extinction that might just be true…

Could the doom of the dinos have been sealed by faulty eggs? H.K. Erben certainly thought so back in the late 1970s.

No, we are not talking about meteors here, but a whole different level of fiery devastation.

3. They Ate Their Own Young

Dinos wouldn’t be the first animals to dabble in cannibalism and the pre-historic world was full of examples of species snacking on smaller, more vulnerable members of their own genus.

Related: 9 Hidden Treasures Around The World You Can Still Find

Could calamity from the skies have spelt the end of the dinosaur reign?

5. Out Of Control Growth

One of the wackiest theories about the extinction of the dinosaurs comes from a Hungarian spy named Baron Franz Nopcsa von Felso-Szilvas.

Pre-historic times were one big, lonely sausagefest according to Sherman Silber, expert in infertility and creator of one of the more interesting theories on our list.

Yes, the dinos might have been undone by the very force that keeps our feet on the ground. According to this loopy lane of logic, gravity didn’t have the same pull that it does today.

Picture this: dinos are living in relative harmony with each other near the end of the Cretaceous period when all of a sudden they were struck down with a mysterious and fatal illness. Welcome to the world of the big dinosaur pandemic.

Yes, the dinosaurs could have gone extinct from a disease that sounds like it’s right out of a Charles Dickens book. Rickets- the scourge of the lower class, could have brought down animals that were larger than anything walking the planet today.

Come on, you totally knew it was coming. There are folks who believe that the reign of the dinosaurs was cut short by the presence of something else- something from above that appeared in the form of little green men.