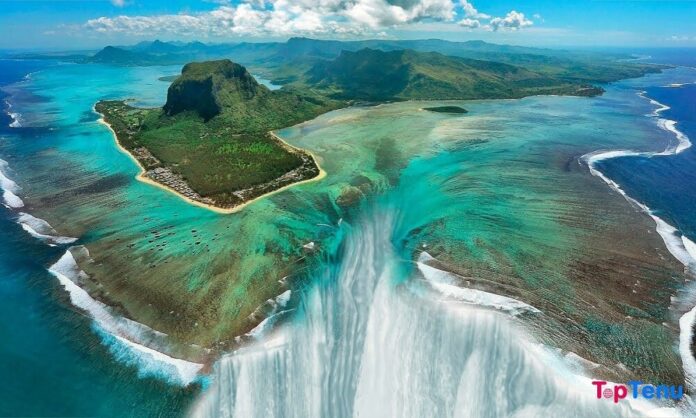 Divers have discovered a whole new world beneath ours filled with underwater lakes, rivers, waterfalls, ponds and even, an ocean.

Due to highly lethal concentrations of methane and hydrogen sulfide found within, the newly formed water cannot mix with the surrounding sea. Thus, the potency of the water can be deadly to any diver or animal who swim into it.

For this reason, new forms of bacteria and sea creatures have evolved in order to survive this unusual environment. It lies two miles beneath the ocean’s surface in one of the biggest underwater canyons on the west coast— the Monterey Submarine Canyon.

2. The Underwater Torrent of the Black Sea

Up to thirty-five meters deep and one kilometer wide, this churning channel snakes sneakily along the belly of the Black Sea. Due to its extremely high level of salinity, the water found here is physically prevented from mixing with the lesser salty waters of the surrounding sea.

Scientists from the University of Leeds began tracking the river’s progress with an underwater robot until the machine vanished into the cavernous abyss at around 60 kilometers deep.

The Amazon river is one of the world’s most diverse passages of water in the world and by far holds the greatest total flow of any river— surpassing the Nile, Mississippi, and the Yangtze combined.

To further glorify this rich, natural wonder, there is another spectacular body of water located 4,000 kilometers below its belly.The Hazma river is an underground river named after its discoverer, geophysicist Valiya Hamza, upon its unearthing in the 1980s.

Cenote Angelita, translating to “little angel,” is a natural sinkhole which formed when rocks of limestone in the seabed collapsed to expose groundwater beneath. Famously linked with the Yucatan Peninsula in Mexico, cenotes were often used as sacrificial sites for ancient Mayan practice and ritual.

What renders the Cenote Angelita most remarkable today, however, is the saltwater river found cascading along the bottom.

This underwater waterfall rivals even the “world’s highest waterfall” when typed into Google’s search engine. To curb the curiosity of which is the highest, look no further than Angel Falls, in Venezuela’s Canaima National park.

At a striking 979 meters, this wondrous wonderwork is so tall it dissipates long before hitting its highly anticipated destination down below. The Denmark Straight Cataract is an astonishing 3500 meters tall and is nestled nicely under the Atlantic Ocean between Greenland and Iceland.

6. The Unnamed Lake of Antarctica

Along Antarctica’s icy exterior exists the largest subglacial lake, Lake Vostok, and as it’s submerged under 3.7 kilometers of ice, scientists have yet to uncover the mysteries that lie within these unknown waters.

The second largest subglacial lake and ecological epicenter is another fully submerged spectacle spanning Antarctica’s crystal tundra. With a measurement of 100 kilometers long and 10 kilometers wide, researchers associate the lake’s shape with that of a ribbon.

Related: Top 10 Most Gorgeous Coral Reefs on Our Planet

7. The Hot Tub of Despair

This brine pool is set 1,000 meters below the water’s surface in the Gulf of Mexico. According to science, the brine pool was formed over a million years ago after the great gulf evaporated.

Researchers determine that as heaps of salt were left behind, the brine submerged and then formed an underwater pool with the resurgence of new water. Hot Tub of Despair is so toxic that its lack of oxygen and abundance of methane would devastate any marine life who tried to venture near.

Situated off the coast of an island called the Republic of Mauritius, 2,000 miles from Africa’s southeastern coast. The secret behind the illusion is due to sand and silt deposits which flow through the area and enhance the color of the water, to reveal a fluctuating cascade of silk transcending to who knows where.

9. An Ocean Inside the Earth

When scientists speculated that earth’s water was formed by the earth itself, it’s due to evidence of an ocean under our ocean. Findings have uncovered a remarkable body of water located 660 kilometers within the earth’s crust.

The large reservoir of water sits beneath eastern Asia and is reported to contain more water than three times the amount of all the world’s oceans combined.

Located within a massive mantle known as the transition zone, this region of water exists in a mineral known as ringwoodite. 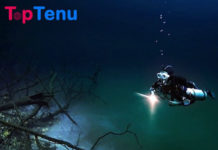