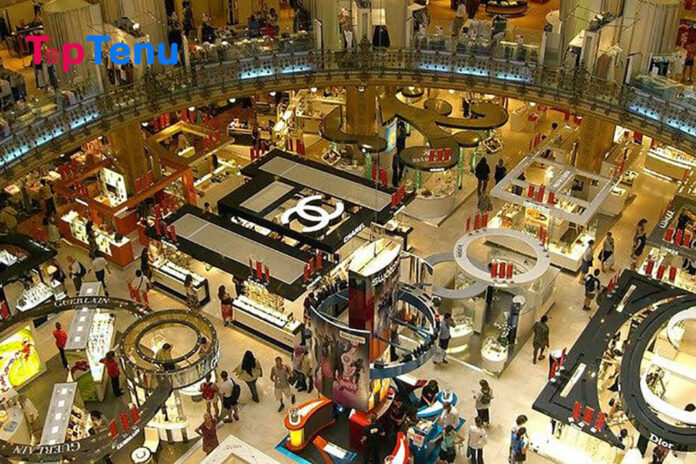 The United Arab Emirates You might have thought that the Mall of America in the States and the West Edmonton Mall in Canada were the world’s largest shopping malls. But, that title actually goes to the Dubai Mall.

That’s extremely fitting, considering it’s located in the city that does things bigger than most other places in the world. It’s got an ice rink, an aquarium, a theme park… and Lord knows what else! In addition, this city also hosts the Dubai Shopping Festival which offers huge discounts on clothing, electronics and much more.

Spain There are shops like the Casa De Diego and the Capas Seseña, which sells items like capes and fans. And then there are the more glamorous and luxurious items found in designer shops. Long story short, the Spanish capital is a shoppers’ paradise.

At least when it isn’t the midday siesta, when some shops are closed. From flea markets to department stores to shops that sell capes to famous customers, Madrid’s got as much variety as it’s got hot weather!

Russia From traditional to glamorous to everything in between, this is one of those shopping cities that has just about every kind of fashion you can think of. From vintage clothing dating back to the Soviet Era to more modern fair.

Moscow’s combination of both stylish and historic makes it stand out in ways other major hubs for fashion might not. More specifically you’ll want to check out the GUM, the more luxurious side of shopping in the city as well as the Tsvetnoy Central Market.

Argentina If your goal for cloth shopping is to find as much leather as you can, Buenos Aires is the perfect place for you. Of course it’s a city known for beautiful weather, dancing and legendary football players.

But the shopping in this Argentinian city is great particularly for leather, as the Calle Murillo is a street well known for selling and tailoring it. No matter what kind of leather, this city sells it in high quality at very reasonable prices.

And of course, there are plenty of other things you can purchase including clothing and merchandise from high-class and luxury brands like Christian Dior, Hugo Boss and more.

Related: 7 Most Expensive Pools in the World

China Known for store clerks that are extremely helpful to you while you shop, even if they’re sometimes a little bit too helpful, this city does things big both in terms of the city itself and its shopping.

Hong Kong is easy to get around, and what you find can give you some serious bang for your buck, no matter what your budget is! Fashion, electronics and many other things with big discounts are among this Asian city’s biggest selling points for shoppers.

Italy Prada, Versace, Dolce & Gabana. When it comes to highbrow fashion, Italians seem to do it better. Not only that, but their shopping, particularly in Milan, though Rome’s no slouch either, matches their reputation as a fashion powerhouse.

More specifically at the city’s famed Rectangle of Gold, where you can find the flagship stores of many famous Italian brands. Window shopping for jewelry, buying high-quality art in galleries and bargain shopping at outlet stores are also popular.

England It might be known as one of the most expensive cities in the world, period, no matter what you buy. But London’s range of variety and quality for shopping simply cannot be ignored and makes up for its hefty price tags.

For example, Liberty is known for its top-of-the-line clothing and household items, Dover Street market has a wealth of choices for fashion and Harrods, Europe’s biggest department store, has just about everything you could want.

Japan Beyond its flashing lights and great food, hordes of people on the streets and its distinctive culture, this city has a reputation for shopping that is easily among the best in the world.

In fact, Tokyo has store clerks that are both helpful and fluent in multiple languages including English, or at least they try to be, particularly at the city’s famed Isetan department store in Shinjuku. It’s also known for being a very reasonably priced city, with Tokyo shopping being ranked as the 4th cheapest in all of Asia.

France People go to this city for many different reasons, the food, the culture, the world famous landmarks, but designer goods from Dior and Louis Vuitton among others, and beauty products are another one of its biggest attractions.

And it’s easy to understand why! Above most other things though, Paris is known for its high-quality department stores. For example, Le Bon Marché has a reputation for selling thousands of gourmet foods in addition to high-end goods.

And Printemps is one of the largest department stores for beauty products in the world. Before we unveil our No 1 pick, here are a few honorable mentions.

USA The Big Apple is known for doing so many things bigger and better than most other places in the world. And one of their biggest strengths is How they do Shopping, even more so than LA or Las Vegas. Their vintage shops, showrooms and department stores, like Bergdorf Goodman and Saks Fifth Avenue, are among the best in the world.

It’s a city for all tastes and budgets, with the quality shoppers look for making it the undisputed choice for No 1. Do you agree with our list? Which do you think is the best shopping city in the world? With new Top 10s published every day, be sure to subscribe to Watchmojo.com 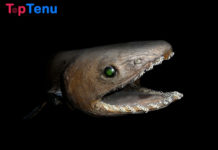