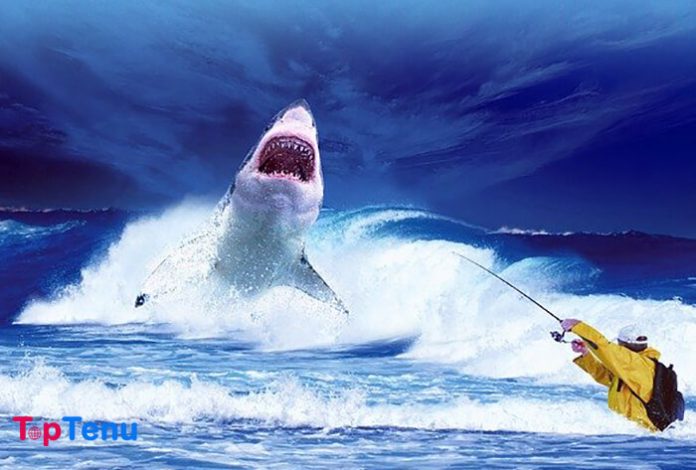 12 Reasons Why Sharks are Misunderstood

When it comes to terrifying creatures of the deep, there’s not much that can top the bone-chomping, human-chasing, bloodthirsty swimming nightmare that we know as the shark… right? Well, as it turns out, you shouldn’t believe the hype. Sharks might get a bad rep, but these fearsome fish are desperately misunderstood.

1. The Media Made Sharks Into Monsters

Before we had the silver screen, we saw sharks as bigger, toothier dolphins. In fact, the Victorians even thought that they could be good omens, rushing up from the depths to bring excellent news to sailors.

2. Not All Sharks Have Huge Scary Teeth

Despite the colossal chompers you know of from the movies, not all sharks have jaws of death. Some of them even have tiny or dare we say, cute teeth.

A lot of people think that the second you drop your pinky toe in the ocean, a shark will come and bite it off. That really couldn’t be farther from the truth. In fact, shark encounters are exceptionally rare, but like plane crashes, they get a ton of media airplay.

4. You’re More Likely To Be Killed By A Dog Than A Shark

What’s scarier than one of the sea’s most bloodthirsty predators? How about man’s best friend? That’s right.

We often think of sharks as solitary creatures- it goes along well with the ruthless assassin stereotype- but actually, sharks are highly social animals who can form very complex relationships.

Sharks swim on the very top of the oceanic food pyramid, which makes them apex predators charged with determining exactly how much prey is beneath them.

Remember that seagrass we mentioned? Well, not only does it provide a cozy habitat for smaller shellfish, but it also sucks up a ton of undersea carbon. Less seagrass means more carbon bubbling up from the bottom of the sea, and poisoning our atmosphere.

We know. It’s always those folks who dare to bathe in the shallows after dusk that get scooped up by sharks, but snorkelers and swimmers are disproportionately less likely to get swallowed up by a Great White.

9. There Is One Shark

Who Loves Its VegetablesThe Hammerhead Shark is one of the oldest varieties of shark on the planet- and equally mysterious. It’s lesser-known, but equally enigmatic cousin is known as the Bonnethead Shark, and one of the strangest things about this prehistoric relic is its diet.

Number Three: Dolphins Sometimes Bully Sharks. Say it ain’t so Flipper! While dolphins are revered as the sweet dogs of the sea, and even celebrated for their supposed tendencies to drag humans from the watery depths to the safe shores, they are some serious undersea bullies.

Sharks Don’t Actually Hunt Humans. One of the biggest myths about the most famous frightening fish ever is that they have a gourmand’s taste for human flesh. As the old stories go, once a shark gets its first gulp of blood, there’s no going back.

Although people occasionally die in shark attacks, sharks don’t actively seek us out.

12. Humans Are More Of A Threat To Sharks Than Sharks Are To Us.

We humans have decimated specific shark populations, slaughtering well over one hundred million sharks every single year. Why?