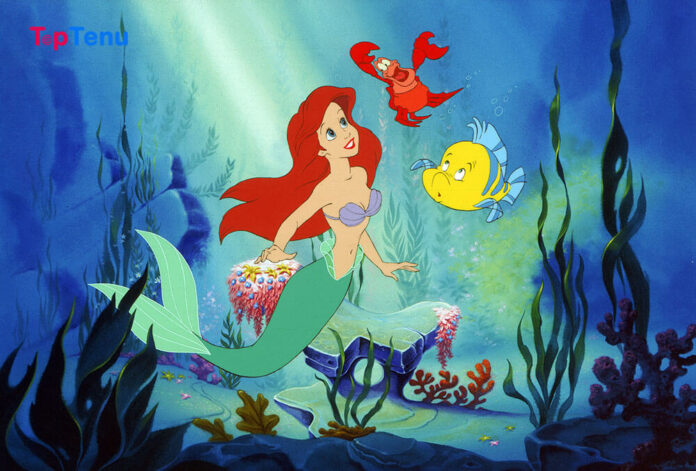 Disney Movies are so magical and wonderful aren’t they? Yeah well forget all that because I’m going to tell you about some of there origin stories and they aren’t filled with happily ever afters. Rip childhood.

Alright let’s get started on our list of the top 5 real stories behind Disney movies.

Oh the perfect fairy tale where there the beautiful girl who was mistreated by her family finds her prince charming and lives happily ever after.

At last that’s the version we all know. But it turns out the origin story is much darker. So when the prince comes to find his princess we know that he takes her shoe with him so he can try it on all of the medians until it fits his true love Cinderella.

I guess uhh back in those days no one girl had the same foot size. And apparently the prince has a horrible memory because he cant even remember what his true love looks like.

But I guess the whole slipper thing is suppose to be romantic. So moving on… turns out the origin story isn’t so romantic.

In this story when the prince arrives to Cinderellas step moms house her 2 daughters cut off their toes and heels in order to fit into the shoe.

However this plan doesn’t work and the prince finds Cinderella. And to make matters worse during Cinderellas wedding some pigeons go in a peck out the evil step sisters eyes. Yeah its just a big old blood bath. But I mean things work out for Cinderella so that’s good.

I don’t know about you guys but this is one of my favorite Disney films. The story we are all familiar with goes a little something like this- Ariel is the daughter of the king of the sea- she falls in love with a human and will do whatever it takes to be with him so she goes to visit a sea witch named Ursula and exchanges her voice for a pair of legs.

She and the prince fall in love- kill the witch and live happily ever after. Yeah well…in the darker version things arnt so happy go lucky.

Turns out in the agreement between Ariel and Ursula – Ariel should have read the fine print because if she did shed see that it was noted that her new legs would hurt all the time.

It would feel as though she was walking on knives. And you know pain and seduction don’t really go hand in hand.

So Eric ends up marrying someone else and ariel throws herself in the ocean where she dissolves into sea foam. Yeah love makes you do some crazy things.

In the version we know and love Pinocchio was brought to life by his carpenter father who always wanted a son so he makes one out of wood.

One day on his way to school Pinocciho puts his fathers life in danger- and he makes friends with some not so nice characters. but in the end hes a real boy.

Well it turns out in the origin story Pinocchio isn’t a very nice boy. Ever since he was brought to life hes been a brat- he steals- talks back- and even his own father becomes sick of him.

He never even gets the chance to become a real boy. Because One day the cat and the fox become bored of being around him and decide to hang him from a willow tree and watch him die a slow painful death. They then sit back and laugh as his lifeless body swings in the wind.

Which if hes made of wood still I don’t get how hanging him would kill him.. but I didn’t write the story and apparently it did. Still its pretty gruesome.

Related: The 10 Most Expensive Comic Books Ever Sold

Another amazing Disney film- From what weve seen Hercules is the son of Zeus- he battles many monsters- he saves Meg from Hades and becomes a true hero.

Well it turns out in his origin story he wasn’t so chivalrous…he was actually a dick. In the origin Meg was the daughter of a king- Hercules took her in mirage by force. He raped her- had 2 kids with her.

One day Hera- Hercules mother killed Meg and his 2 kids. This drove Hercules mad and he was tormented by guilt. He still went on to complete the 12 tasks like he did in the Disney film but he did so with disregard for his life and extreme violence.

Another beautiful classic- we have a princess who pricks her finger and falls into an eternal sleep only to be awoken with a kiss from her prince.

Yeah apparently the origin story isn’t so cute. In this version Aurora is raped by the prince who by the way is already married…he then leaves her and she is awoken by giving birth to her twins that he impregnated her with.

Aurora then brings the infants to the castle where the princes wife tries to kill them- yeah malificents got nothing on her. Well there you have it that’s our list of the top 5 real stories behind Disney movies.