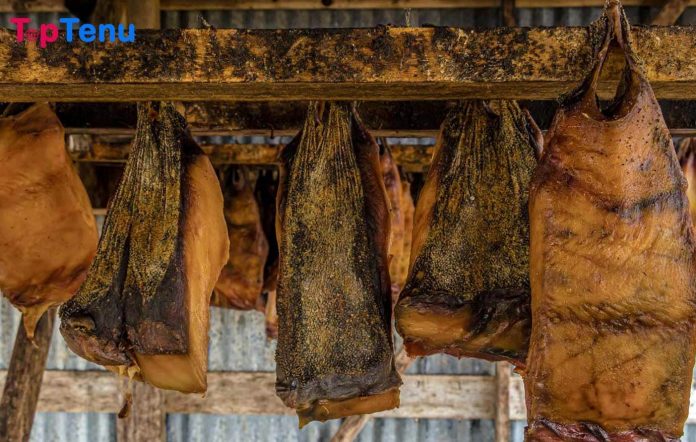 Also known as a sea pineapple, Hoya is a dish popular in Korea. The alien looking creature lives in shallow water, usually attaching themselves to rocks or other structures.

Hoya is usually eaten raw, and it’s taste has been compared to rubber dipped in ammonia.

Although this dish looks good, don’t be fooled. Escamole is the edible larvae and pupae of ants. Popular in Mexico, they’ve been consumed since the age of the Aztecs.

The delicacy is generally used in tacos, added in with some guacamole . The taste is described as buttery and nutty.

A popular dish in most Nordic countries, it’s the preparation of this meal that puts it on our list. A piece of dry cod is soaked in a lye and water solution for several days to rehydrate.

Now for those of you that don’t know, lye is a caustic and highly dangerous substance used in making soap, or for unclogging toilets.

After sitting in this mixture for about a week, the fish takes on a disgusting gelatinous texture and is ready to be consumed.

The national dish of Scotland, Haggis is considered to be a “savoury pudding”. A sheep’s heart liver and lungs are prepared with onion, oatmeal and spices and then encased in the animals stomach. The concoction is boiled for a few hours and is then ready to be served.

Surstromming is a dish that is usually eaten outdoors, Why? because the smell of this fermented sea herring can clear a room.

When being prepared, just enough salt is used to prevent the fish from rotting. It’s then placed in a can where it continues to ferment.

This swedish delicacy has caused controversy, from being banned by airlines and causing landlords to evict tenants.

Hakarl is the national dish of Iceland. Made from greenland shark, which is poisonous if eaten fresh, the meat is allowed to fully decay to rid it of it’s toxins. A

fter fermenting for 3 months and being hung to dry for another 6 months, the treat is ready to eat. Celebrity chef Anthony Bourdan has described hakarl as “the single worst most disgusting and terrible tasting thing” he has ever eaten.

A duck, chicken or quail egg is placed in a mixture of clay, ash and salt and left for a few months. The preservation process turns the yolk to a dark green, egg white into translucent brown and emits an ammonia smell similar to urine.

The egg is generally eaten by its self, and was recently featured in an eating challenge on the reality show the amazing race.

Kiviak is a traditional wintertime food for the inuit of Greenland. Around 500 small birds called auks are stuffed inside a seal carcass, which is the closed up and left outside for around a year to ferment.

After enough time has passed, the auks are taken out the feathers are removed and the birds are eaten raw.

Casu Marzu is a type of cheese made from sheeps milk that was outlawed by the european union. Why would cheese be outlawed you ask? Well this is no normal cheese.

During it’s creation, the cheese is left outside, flies land on it and lay their eggs. The eggs hatch and the larvae begin to eat through the cheese, which break it down. By the time it’s ready to be consumed, it will contain thousands of live maggots.

Topping off our list of disgusting delicacies, we have Balut. A common food in Southeast asia, balut is a developing duck embryo that is boiled, and then eaten.

Generally the egg is around 18 days old, and the fetus inside has developed a beak, wings, veins and even feathers.

Sometimes used in omelettes or pastries, and other times served with nothing more than a little salt and pepper this snack leaves a lot to be desired. 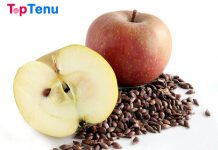