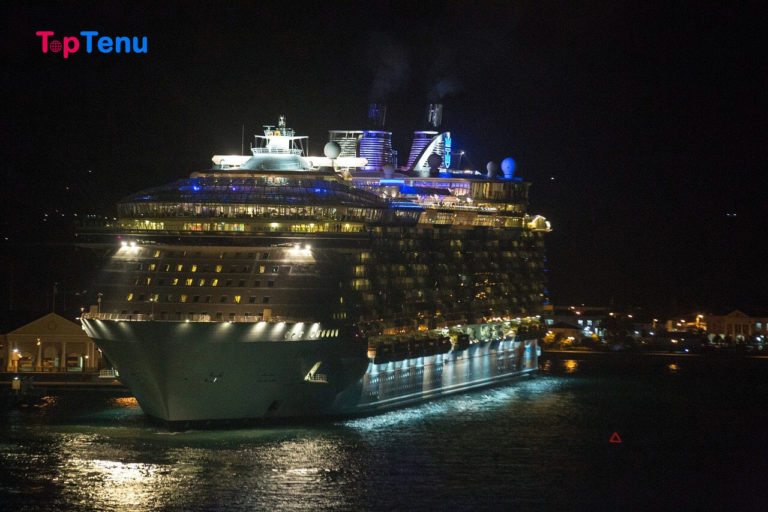 If you didn’t have submechanophobia before, the deep irrational fear of submerged underwater objects, you will now. Here are 8 Largest Man-Made Moving Object on Earth you didn’t know you were afraid of!

The semi-submersible machine was constructed in 1985 and is now operated by Hareema Marine Contractors, who gained ownership of the vessel in 1997. Notable projects include installing the pylon of the Erasmus bridge in 1995 and its 2009 involvement with the Alpha Ventus project— the first German offshore wind farm.

2. The Statue of Liberty

Let’s not overlook Lady Liberty, a neoclassical engineering wonder bestowed with grace from the French in 1886. Gustave Eiffel, of the famed Eiffel Tower, was the genius who formulated the copper framework, and today the sculpture looms above Liberty Island in the New York Harbor.

One such vessel in particular, the Hapag Lloyd owned container ship, is considered to hold one of the largest ship propellers ever built.This six-blade monstrosity is 30 feet in diameter and weighs 101.5 tons. Its height is comparable to a three-story building, making this mass of steel easily one of the biggest ship propellers in the world.

Related: 9 Hidden Treasures Around The World You Can Still Find

These beasts are the first ultra-large crude carriers to be built in the past 25 years, with a capability of transferring over 440,000 tons using phenomenal capacity and speed never dipping below 16 to 20 knots. Their dimensions span 1,540 feet and these monsters can haul an astronomical 503,409,900 liters of oil.

Symphony of the Seas sweetly sings her away across the world bearing 228,081 tons of steel. She’s easily deemed the world’s largest, and most impressive, cruise ship. Debuting in 2008 the vessel hosts 42 bars and lounges and 22 restaurants boasting the finest cuisines, all spanning a deck1,188 feet in length with a width of 215 feet.

The monstrosity is a majestic piece of design and construction serving as a natural gas platform in the Troll gas field off the west coast of Norway.

The structure stands 1550 feet tall, weighs 683,600 tons, and has a platform that stands on the seafloor 994 feet from the surface. Vacuum-anchors secure the structure to the muddy seabed beneath.

ULCC supertanker built-in 1974 by Sumitomo Heavy Industries in Yokosuka, Japan. The longest craft ever constructed, the Seawise Giant possessed the greatest deadweight tonnage on record with an astounding 564,763 metric tons to her name.

Spanning an incredible 1,504 feet, the majestic sea-maiden was thus wider and longer than one and a half times the size of an American aircraft carrier.