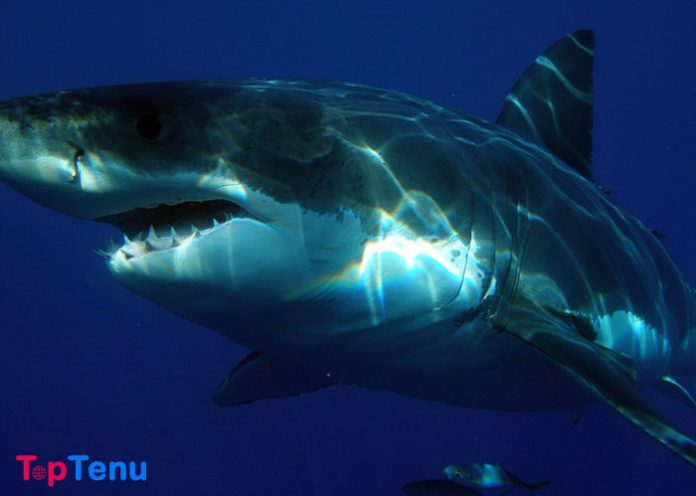 We start off with number 15…this scraggly looking creature looks like a floating hippie from the 1960s…can you say, Woodstock? This a Lion’s Mane Jellyfish.

The diameter of the bell…that’s the top part can span to around 7 feet and tentacles close to 200 feet long. Can this be the largest sea creature ever discovered?

Next, is a creepy spider-ish looking character call the Japanese spider crab.  Sporting long spindly legs that can extend as far as 13 feet and weigh close to 50 pounds, this creature does like to eat other sea flesh…Maybe this sea creature is be the largest creature ever discovered?

Coming in at number 13 is the Colossal Squid. This is the largest invertebrate in the world weighing around 11-hundred pounds and close to 50 feet in length.

That’s longer than a school bus. The largest squid on the planet.

This next creature looks like just a floating fish head without a body.  The Mola Mola, otherwise known as the ocean sunfish, is the largest bony fish in the ocean.

There are other larger fish such as sharks, but they’re made up of cartilage not bones. As a result, these guys are darn heavy, the biggest fish known to man.

The Portuguese Man O War is often mistaken for a jellyfish, but it’s a very different creature. It’s really incorrect to refer to it as a singular fish because it’s actually a coming together of a group of organisms that depend on each other for their existence.

The Portuguese part of the name is derived by the sail looking form it takes as it floats on the surface, looking like a Portuguese warship from the 18th century. The biggest jellyfish.

The next big boy of the sea actually is not around anymore…this is Cretoxyrhina…a-k-a the Ginzu Shark.

Its common name is a reference to the well known Ginzu knives that can slice and dice just about anything. Living around 82 to 100 million years ago, this predator’s incredibly razor-sharp teeth would hack away on prey much larger than itself into more bite-size pieces to eat and digest. The largest prehistoric shark.

This next guy is one you’re probably familiar with.  Made famous by the Peter Benchley novel “Jaws” and the Steven Spielberg movie that followed, the Great White Shark is one of the most active predatory creatures in the sea. The largest shark in existence.

The largest marine reptile ever found is the Shastasaurus…meaning Mt. Shasta Lizard. Dating to the late Triassic period some 210 million years ago, this beak-looking creature has been found to be as large as nearly 70 feet in length.

The largest sea monster ever recorded.

Number seven…Tylosaurus. This guy sported a long cylindrical snout that is thought to have been used as a kind of sledgehammer to stun prospective prey into a stupor for attack and consumption.

Back to the creatures still living on the planet, the Whale Shark is the largest fish in the ocean. Despite being called a shark this is a gentle giant of a creature.

Technically not a dinosaur, but another of the prehistoric aquatic lizards is the Mosasaurus…meaning Meuse River Lizard, where the first fossil was found.

This one is the biggest sea monster that ever existed.

In 2009 scientists were beside themselves with excitement about what was called Predator X.

This was a Goliath of a reptile that had an immense head with the bite four times more powerful than T-Rex. In 2015, and is the biggest and largest ever.

Returning to the still-living creatures, Number 3… there is no short-selling the size of the Fin Whale.

It is the second largest animal on earth.  At an average length of close to 90 feet long and weighing more than 77 tons, this whale is truly enormous. Biggest whale in the world.

Then there is Megalodon…meaning “big tooth.”  This prehistoric shark is the stuff that legends are made of.

But the fossils and remains dug up over the years tell us this was not just a legend. This sea creature was real. Scientists say this vicious predator The megalodon is the largest shark in history.

It is the largest creature, land or sea known to ever live on the face of the earth.  The adult Blues will grow to about 100 feet long and weigh around 200 tons.

They do love their seafood…eating some 8 tons of shrimp-like krill a day. The Blue whale is the largest sea creature and the largest living creature on the planet.