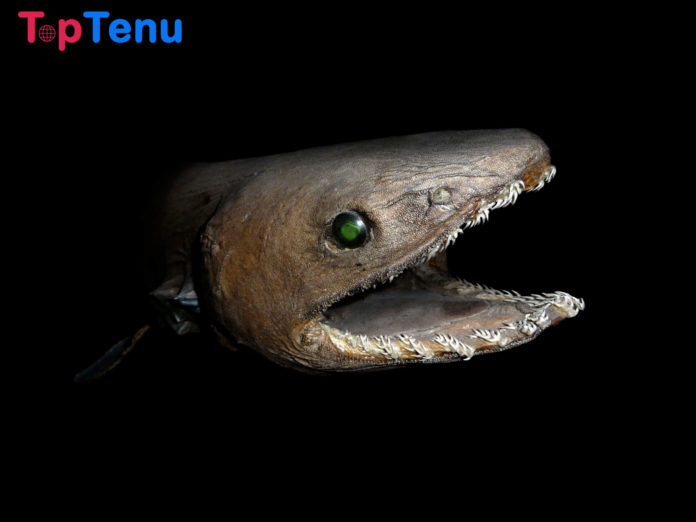 The shark, one of the most majestic species of the sea, encompass a special class of abyssal beauties known to have been around for over 400 million years. Here are 11 Insane Looking Sharks You Won’t Believe are Real.

The basking shark can grow to a whopping 20-26 feet long with the biggest recorded specimen measuring over 40 feet in size! What’s most frightening is their mouths alone which span up to three feet in width in a steadfast effort to remain continuously open while swimming.

Megamouth sharks prefer to prey on smaller animals such as jellyfish and plankton, despite their wide orifice big enough to swallow a man whole.

A rare creature that has been rarely sighted over time— only 41 to be exact— the maximum size of one of these not-to-small swimmers was measured at 25 feet.

The thresher shark is well known for its extremely long upper tail fin which notably counts for half the creature’s total length.

Thresher sharks generally weigh up to 15 feet long, with one caught specimen who spanned 20 feet!

With only a slight turn of their head hammerhead sharks can see completely behind them and better yet, they can judge extreme distances by their mere eyesight alone; also, their eyes have a huge overlap of area compared to other sharks which yield spectacular binocular vision.

Hammerhead sharks differ from other sharks in that they swim in schools and strangely enough, can develop a tan when exposed to too much sunlight.

The shark will then wrench its entire body around in a circular motion after sinking its mighty teeth into a fish too big to eat whole.

Another creepy attribute is that once their teeth are shed, they are swallowed and digested to help strengthen the fishes’ strong skeleton.

Only reaching about 20 inches in length, their bite is as big as their bark— for the cookie cutter shark will ruthlessly take large chunks out of submarines, whales, and people.

Teeth like needles, the extendable jaw of the viper dogfish allow this marine menace to snatch and consume prey half its size.

These creatures are rare deep-sea swimmers possessing photophores which allow them to glow on their underbelly.

Belonging to the lantern shark family, the viper dogfish can create its own wonderful light with which to see in the pitch-dark waters of the deep abyss.

This freaky fish has evolved to look like a quirky patch of colorful sea coral. The ornate wobbegong portrays an unusual body coloration to help camouflage the beast while it waits for its prey.

The markings are also prevalent because they help to ambush their prey, which means the shark can wait in once place for long periods of time until their next meal approaches.

Larger prey will be held for several days inside the shark’s mouth until the caught creature finally succumbs to its fishy fate and dies.

Sometimes a frilled shark has as many has 300 teeth in its ominous orifice, allowing them to swallow prey up to half their size. The name stems from their incredible teeth which extend all the way to the back of their throat! Frilled sharks can live at 5,000 feet below the surface and grow to about 7 feet long.

This crazy creature looks exactly how it sounds. With an incredibly large snout, the shape and size of a saw this animal can grow to an astronomical 21 feet in length! There are seven known species of the saw shark, with the Largetooth variety being one of the largest fish on the planet.

Their saw-like rostrum serves many functions— one example being electrosensitive pores that allow the beast to detect movement of their prey from the depths of the ocean floor.

This doesn’t sound like a very friendly fish and perhaps it isn’t, as the goblin shark is a deep-water species rarely seen by humans.

Often called the “living fossil”, the goblin shark certainly isn’t new to the water. They are believed to be an ancient species even by shark standards, and this class is the only surviving members of their family mitsukurina, whose existence dates back 125 million years prior.

The whorl shark, or Helicoprion— meaning “spiral saw”— is an ancient shark that lived 280 to 225 million years ago.

Fossils found from whorl sharks display spirally arranged clusters of teeth, which has caused scientists to make many speculations on the anatomy of this crazy species.

The spiral nature of the teeth appears to spin straight out of the mouth and down around the creature’s jaw, making the whorl shark a truly strange specimen.