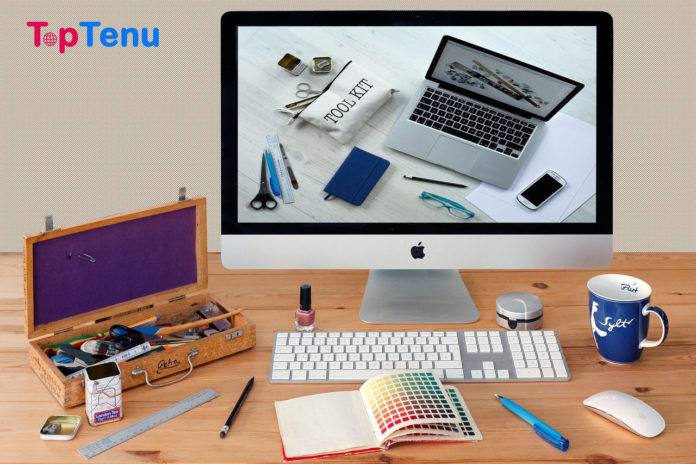 It’s challenging to become one. You need years of education and practice. Once you start making that much, you will be paying almost half of your gigantic income in taxes.

But what we want to know is what are the highest paying jobs that you can do from home. And does not require a decade of practice and education, the kind of jobs that pay enough to provide you with a good quality of life.

Working from home is popular, like never before. The pandemic forced businesses to push their employees to work from home, at least until the vaccine will be available.

It is a unique opportunity. nearly 43% of full-time American employees say they want to work remotely more often even after the economy has reopened, 20% said their employer is actively discussing how they can make remote work more of an option in the future.

But from my experience, working in the office is way better than working from home because you are lazy at home.

You have a couch and a TV, so you would probably procrastinate if you work from home, which is what happens often. However, there is still a way to force and discipline yourself to work productively and effectively from home.

Here in this article, let’s take a look at the highest paying jobs that you can do right from the comfort of your bed.

In the past, if a company wanted to promote its products, it would actually call a radio station or a TV channel. Then they would make a special small commercial.

They would pay a fortune to run it on the television, which was the case for decades, but today things have turned entirely different. With the rise of Internet, we have Google ads, YouTube, social media that are more powerful than TV commercials. That’s why online marketing is getting more popular.

Currently, the average salary of a marketing manager is 147K dollars, but to be honest, the potential to make more is unlimited.

You probably saw an ad before the video started, that add wasn’t there by accident. Someone out there did a little market research to understand who would buy that product or service and chose this type of video to run the add on.

A lot of small businesses have absolutely no idea on how to run proper ads. They run an ad, they see that it did not generate any sales and then give up.

But to make ads that actually turn into sales, you need to have a deep understanding of how these systems work, and that’s what a marketing manager does.

You pick a product, find out who would most likely purchase that product, and through Facebook ads or Adsense, you run ads that turn into sales.

What I love about this job is that, if you have grown up in the age of the Internet, it’s quite easy for you to learn that.

The beauty of this job is that no matter what industry you work, copywriting can always be done from home. In fact, if you already have a job, you can start copywriting as a side hustle.

But what is copywriting? If you have ever sent an email trying to sell a product or a service, you probably failed.

Usually, when people receive emails that say, “you know I have this amazing product, you can buy it using this link” this type of email are usually ignored.

You probably have your inbox filled with them. In fact, all these websites require you to sign up for their newsletter because they want to send you these emails to sell their products and services.

And the job of the copywriter is to write an email that won’t be ignored by focusing on giving instead of asking.

Today it’s quite common to find people who speak two languages, if not more, but a lot of people are not taking advantage of that talent.

The average salary of a translator is around $50,000 in the United States. It ranges differently across the world, but this is the average.

This job can be entirely done from home where you don’t have to leave your bed’s comfort because most Translation jobs require you to translate documents, papers, and letters. So all you have to do is sit in front of your computer and translate.

I know many people who have full-time jobs but then come back home in the evening and sit in front of the computer for an hour trying to translate some papers. That makes quite a good side income.

Related: 15 Richest Athletes in the World

We live in the age of information, and developers play a crucial role by building software, apps, and websites.

Most of these jobs can easily be done from home since developers, in most cases, just need a laptop. That’s why Companies do not even require the developers to be in the office all the time.

They just give them deadlines, and that’s about it, and all that matters is getting the job done within the time frame you are given.

So if you want a job that you can do from the comfort of your bed, then becoming a software developer or an app developer is probably your best option.

Especially since You don’t even need a degree or anything like that to become a developer. The skills you need are taught better on the Internet.

This might sound a little controversial because teachers don’t earn a lot of money. The average salary of a teacher in the United States is $60,000.

That might provide you with a fine quality of life but far from perfect. Especially if you have a family to support.

However, the pandemic proved that the world has to go online in a matter of a year if we want to keep growing and prevent the economy from sliding into a depression.

Think about it you’ve been teaching something for a long time, let’s just say history or maths all you have to do is to keep teaching maths online again either by creating courses or start teaching here on YouTube.

If you think people are not interested in history, you are wrong because YouTube is filled with history channels. It all started with John Greene, who began making videos on Crash Course. Khan Academy is another example.

What started as a YouTube Chanel that made little silly math videos has turned into a multi-million dollar company now.

I can’t tell you exactly how much you can earn, but as far as I see, the opportunities are unlimited, especially if you’re good at what you’re teaching.

300 hours of video are uploaded to YouTube every minute! Almost 5 billion videos are watched on Youtube every single day.

In an average month, 8 out of 10 18-49 year-olds watch YouTube. That’s a lot of numbers, but that also means that the demand for videos is increasing every single day, and the fact that you’re watching this video is evidence of that.

Usually, these videos are made by graphic designers people who know how to use Adobe software such as after-effects or Premier.

There’s not a single reason for a graphic designer to work in the office as long as he meets the deadlines. That’s why even before the pandemic, a lot of designers have been working from home since some people actually find it much easier to stay focus back at home and not get distracted in the office.

Writers are the backbone of the Internet. They are needed to formulate news articles, create content, and come up with creative ideas that fill the pages of nearly every site on the Internet. Although many bigger sites have in-house writers, a growing number of sites outsource their content and hire freelance writers and content creators.

Writing is awesome, but to get started, you really need drive, ambition, and the ability to find a unique angle on events that happen every day.

The median income of a writer is around $62,170 nationally in 2018, although the top 10% of workers earned around $121,670. And that concludes our list of the highest paying jobs you can start from home.

Of course, this list can be much longer, but I wanted the type of jobs that you can start. Of course, you can’t become a software developer overnight. Still, every single of these jobs can be learned using the tools here on the Internet.