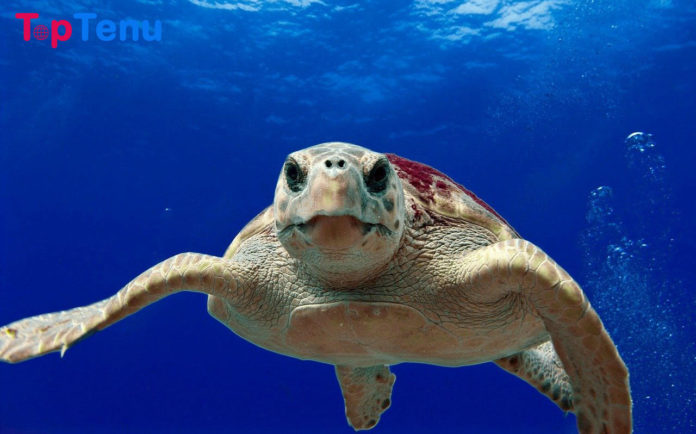 Ever heard of wild animals saving humans or having them played with you in the water?! Find out about the friendliest sea creatures in this article!

These are 3 of the friendliest sea creatures. They may be found in natural marine environments or in marine themed parks much to the delight of wildlife enthusiasts around the world.

Sea lions are sea mammals that usually live in waters ranging from subarctic to tropical seas world wide excluding the northern Atlantic Ocean. On average they typically measure 8 feet in length and weigh up to 660 lb.

They are carnivorous and usually eat fish such as  herring, mackerel, salmon, and other species, depending on where they live. Sea lions are not typically dangerous for humans, but may attack if they feel threatened.

These mammals are highly intelligent and easy to train, so much that they are common zoo and circus animals. Galapagos sea lions are often compared to dogs for their friendly behavior. These Sea lions don’t usually flee when encountering humans.

In fact, they even like to approach people and sometimes hop on boats or kayaks, as they love to be pet. However this is not the case in all regions and most places recommend tourists keep a minimum distance of 8 feet.

Although sea lions attacks are usually rare, some species may be unpredictable. Sometimes, human presence and human activities may cause them to engage in violent actions. Recently, in May of 2017, a young girl was snatched by a California sea lion while sitting on the edge of a dock on a Canadian port.

The girl was immediately saved by a man who jumped into the water to her rescue her. Authorities claim the young girl’s parents were to blame for the incident, for having let her sit so close to the edge.

Although there were multiple signs displayed on the dock for people to not feed the sea animals, the footage recorded by people nearby showed the sea lion eating food tossed into the water before going after the girl.

Humpback whales are one of the largest species of baleen whales. Adults can measure over 50 feet in length and can weigh up to 80 tons. They live in all major oceans and seas around the world and can migrate up to 16,000 mi each year.

Humpback whales feed on small schooling fish like salmon, herring and capelin. They hunt by direct attacks or by hitting the water with pectoral fins and stunning their prey. They are known for surface behaviors, such as breaching – and even leaping out of the water – making them popular with whale watchers. Humpback whales are curious about nearby objects and typically approach whale-watching boats closely.

They are usually peaceful and don’t pose threats to humans, so there are many diving tours around the world that allow people to swim alongside humpback whales. The humpback whale is currently listed as an endangered species. It is estimated that 90% of the population was eliminated during the whaling era, and the species is now protected against hunting by law.

Sea turtles also known as marine turtles can be found in most oceans of the world, excluding Polar Regions. They are omnivorous and feed with a wide variety of plant and animal life including seaweed, sponges, mollusks, worms and fish.

Some species are only omnivorous in their juvenile stage and become completely herbivorous as they mature. Sea turtles are usually friendly to swimmers and might even swim right up to them when they encounter them in the water.

However, people are usually instructed not to disturb them and to give them plenty of space when they venture onto the beach, as that is when they lay their eggs and it is very important for them not to be interrupted.

Three species of sea turtles are currently classified as “Endangered” or “Critically Endangered”, and another three species are considered to be “Vulnerable”. Although they are friendly to humans, our species are a real threat to them, as beach towns used to profit by selling their meat.

In an attempt to promote ecotourism as a substitute to sea turtle hunting, The Caribbean Conservation Corporation made their nesting grounds sustainable by turning them into tourist attractions.