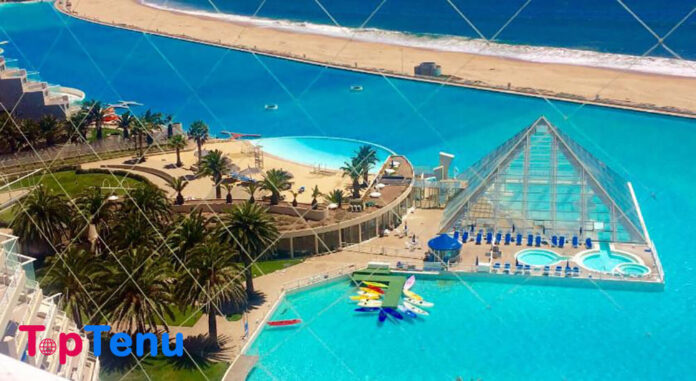 City of Stars Located in Sharm el Sheikh, Egypt, this is the most luxurious and expensive pool in the world, with a cost of $5.5 billion. It is the world’s largest man-made lagoon, made up of 12 crystal lagoon pools for guests to enjoy that span about 30 acres in total.

The largest of these pools is 21 acres—about the size of 16 football fields—and is big enough to sail a yacht! The lagoons are filled with filtered sea water collected from underground aquifers.

The mastermind behind it is the international technology company Crystal Lagoons, run by Chilean biochemist and entrepreneur, Fernando Fischmann. He’s the one responsible for developing the technology needed to recycle sea water.

Without it, pools of this size would be inefficient. Part of the process includes adding chemicals to keep the water clean/ using controlled pulses, which results in using 100 times less chemicals than a traditional pool system would. And even more, it uses only 2% of energy that a regular filtration system would use.

The pool’s maintenance and operation are controlled by a telemetric system transmitted over the internet, which is essentially an automated communication system that collects data remotely. And electronically transmits that data to be monitored. This helps monitor security, improve customer experience, and regularly check on quality and performance.

San Alfonso Del Mar Located off the coast of Chile, San Alfonso Del Mar is a private resort that used to be the record holder for the largest and most expensive pool in the world, before City of Stars came along. It cost $2 billion dollars to build, and has a yearly maintenance cost of $4 million.

The pool is over 3,200 feet in length—the size of 20 Olympic swimming pools—and is just shy of 20 acres in area. It reaches a depth of 115 feet in the deep end and holds 66 million gallons of water.

It took about five years to build by the same company who built City of Stars—Crystal Lagoons. They fill up the pool from the ocean, using a sophisticated filtration system that keeps a constant flow of water into and out of the pool.

The filter desalinates the sea water on the way into the pool, while cleaning the water from the pool before filtering it back out into the ocean. The filtration system alone costs around $3.5 million.

Despite having the same beautiful, blue hue as the Pacific Ocean that it overlooks, the temperature in the pool is much warmer and more enjoyable than the temperature of the ocean.

The pool is so massive that you aren’t just limited to swimming. You can also go sailing, kayaking, scuba-diving, take aqua-fitness classes, and enjoy the waterslides, all in the same place.

Seagaia Ocean Dome Not only was the Seagaia Ocean Dome in Miyazaki, Japan, the third largest pool in the world, but it was also the largest indoor water park. It was around 1,000 feet long, 330 feet wide, and had a massive retractable roof with a simulated sky to give the illusion of a sunny day when the weather outside wasn’t so great.

On actual sunny days, the roof would be opened to let the sun shine in. The pool featured artificial waves that surfers could ride, a waterslide, an additional children’s pool, and an artificial volcano that erupted throughout the day for extra flair.

The sand on the beach was made of crushed quartz. It cost $2 billion to build and was officially opened in 1993. However, it was sporadically closed for periods of time over the years due to financial hardships or new owners.

It wasn’t until 2007 that it was permanently closed and ultimately demolished, as the resort began a major restructuring process that didn’t include the ocean dome.

The pool is laced with golden mosaic tiles and has an automatic, retractable hard covering that can cover or uncover the pool with the simple click of a button. When Leviev isn’t particularly in the mood to swim, he can cover the pool to convert the room into a nightclub scene and ballroom where people can dance.

There’s also a full spa, steam room, and sauna in the pool area for ultimate relaxation. The pool took at least $10 million to build, but the exact figure is unknown since Leviev never publicly disclosed what he spent on it.

Understandably, this pool is reserved for exclusive guests only, such as close family and friends. If you had hoped to be able to check it out, you may be better off visiting one of the other pools on the list, instead.

Hearst Castle, located in California, was once a private residence owned by William Randolph Hearst. His home is referred to as a castle because of how big and lavish it is. Hearst constructed two pools at his residence.

The Neptune Pool is an outdoor pool which was the first one to start being constructed between 1924 and 1936. Over the years, the pool was modified three separate times to make it even bigger. The latest renovation was in 2016 and cost $5.4 million to complete.

The pool is now 58 feet wide, 104 feet long, and holds 345,000 gallons of water. That’s more water than the largest tanks at some aquariums, and just 5,000 gallons shy of the biggest tank at Aquarium of the Pacific in California.

To complement the outdoor pool, Hearst decided to build a slightly smaller indoor pool too, between 1927 and 1934. This pool is called the Roman Pool, inspired by its style of a Roman bath. Both pools are covered with golden mosaic tiles and decorated with beautiful art and statues designed by an Italian craftsman.

While private pools in residences are often enjoyed only by family and close friends, today Hearst Castle is owned and operated by the California State Park system that has converted the residence into a museum for the public to access.

There are yearly mansion tours and even benefit auctions where people can bid on going for a swim in the pools. At the time of construction, the cost was around $10 million, but who knows just how much constructing two pools like these would cost nowadays.

The Gellert Thermal Pool is a bath house that opened in 1918, and is a popular tourist attraction in Budapest, Hungary. Despite how old it is, it has been kept in great condition and proves to still be a luxurious destination to spend the day.

Hungary is known for having a deeply rooted bath culture that started with Roman settlers. The Romans valued baths as a way to cleanse the body and soul, and believed it had healing properties, so when they discovered the minerals in the natural thermal waters of Budapest, they used it to their advantage.

It’s even been a popular site for filming movies, such as Evita, starring Madonna and Antonio Banderas, and I Spy, starring Eddie Murphy and Owen Wilson. In addition to the outdoor wave pool, there are saltwater pools, several geothermal pools, and different therapies and relaxation activities such as aroma therapy, mud treatments, and Thai massage.

The water’s temperature ranges from 80 to 118 degrees Fahrenheit and is believed to alleviate joint and muscle damage. And due to the magnesium, calcium, and hydro carbonates naturally found in it, the water sparkles. So, it’s easy to see why this extravagant pool is worth $3.6 million.

Celine Dion’s Private Water Park The fame and success of Canadian singer, Celine Dion, not only allowed her to own a mansion on her 5-and-a-half-acre property, but also an entire water park capable of holding 500,000 gallons of water.

She decided to build a water park in the backyard of her Florida mansion after being unable to enjoy the regular water park with her family when excited fans would flock up to her for pictures and autographs and being followed around by paparazzi.

Her water park includes a lazy river, bridges, water slides, cabanas, lounge areas, a fine-dining gazebo, and even a firepit in the middle of the pool. The entire pool area technically has two pools that are connected by the water park.

One pool has an incredible view that overlooks the Atlantic Ocean. However, Dion ended up saying goodbye to her luxurious water park when she sold her mansion in 2017.

The main reason for letting go of the property was because she and her family were spending much more time in Las Vegas. When she originally put the mansion on the market in 2013, she was asking for a whopping $72 million.

After nobody took her up on that offer, she reduced the price to a (still whopping) $38.5 million. After four years of the mansion not selling, she eventually reduced the price yet again and ended up selling it for $28 million. 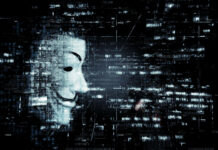