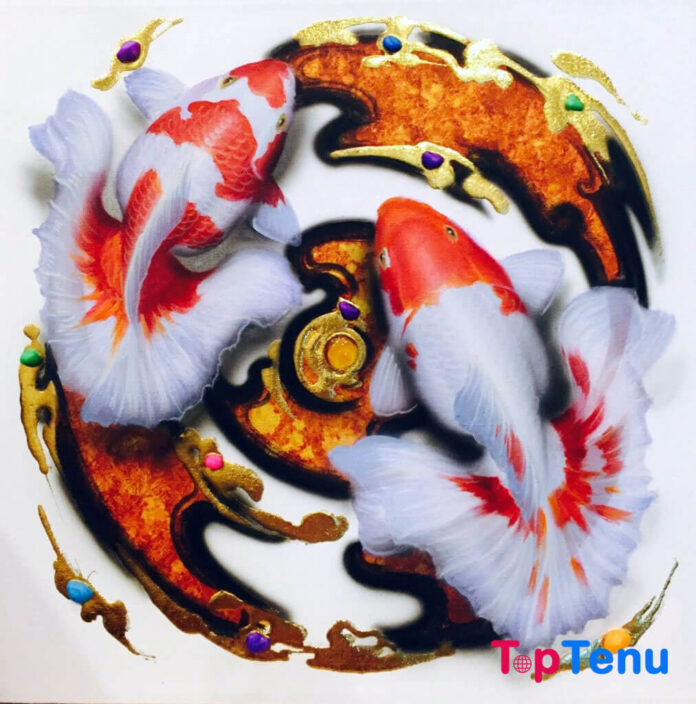 Could you imagine paying millions for a single fish? Being pretty often comes with a price, and the buck doesn’t stop when it comes to the likes of beautiful fish.Here is a list of the 10 most expensive fish!

This shiny scaled swimmer with the pink interior is popularly consumed for its high fat and flavor content, not to mention the Wild Kind species is among the largest of its kind. The price per pound at the Wild Alaskan Salmon & Seafood company weighs in at $22 dollars.

The most expensive shipment of this variety of tuna comes from the Honolulu Fish Company at an impressive $162 dollars per three pounds.

While fresh catch is only brought in from August through October, the hearty Pacific swordfish is made available throughout the entire year. Due to its meaty nature, foodies prefer the cooking style to be grilled and prepared in the style of a kabob. The price of Pacific swordfish goes up to $62 dollars for only 24 ounces.

As the name implies, these Australian Coffin Bay oysters really are king of the ocean. Selling at $100 dollars each, this money-making mollusk has been the recent target for the world’s best restaurants. Coffin Bay King grows for six years and produces ten times the extra meat inside their pearly white exteriors.

Only one drop of poison from the powerful puffer fish will deem a diner dead instantaneously. Due to FDA regulations, there are fewer than fifty dining establishments authorized in Japan to serve the exclusive puffer fish. One fish goes for about $280 dollars, and prices for a portion range from twelve dollars to two hundred, dependent on whether diners are seeking a super-small snack or the full experience.

The Bay eel, also known as the American eel, came from Chesapeake Bay in the United states. While the price per pound for this fish reached upwards of $5,000 Hong Kong dollars, the U.S. government has deemed eel populations and the commercial industry worth twelve million dollars in 2017.

Caviar doesn’t have to be a luxury of the rich and famous, or maybe it does. The Caviar House & Prunier is the only eatery in the world offering Almas Caviar to the exquisite likes of its clientele. These elegant eggs are served and sold in a tin made of 24 karat gold! The price of these fancy fish eggs— $25,162 dollars.

Some of these beauties can cost up to $400,000 dollars. And fish collectors and enthusiasts consider the splurge worth every penny. For example, the Platinum Arowana is a dull-looking submarine of a fish lacking the ability to smile.

Yet this 400k phenomena is considered the most rare and expensive fish in the world. The freshwater polka dot stingray looks exactly as it sounds— and this spotted sea beauty can sell at an upward of $100,000 dollars. The Masked Angelfish looks a bit like Zorro and has an iridescent white figure with a deep purple masked face and tailfin.

The mysterious marine creature sells for $20,000 dollars and is associated with the captivating corral reefs nestled among the Hawaiian Islands. The 10,000-dollar Blade fin fish is as cute as it is tiny— making the find all the more worth it.

Extremely hard to seize due to their size as well as speedy swimming, this Caribbean catch likes very deep waters, also adding to the rarity of one’s aquarium addition. If one were looking for a much more affordable fish friend, alas, in its angelic form—the Clarion Angelfish: prized at a measly $2,500 dollars.

9. The Legend of the White Koi Carp

Speculated however is that she is mind-blowingly wealthy and an avid follower of the Koi community. Ms. Yingying has now been awarded the opportunity to breed the award-winning S Legend, which will produce about 500,00 eggs, with only 5,000 becoming marketable quality.  S Legend is a 101-centimeter-long white Koi Carp from the highly regarded Kohaku variety.

In 2013, Japanese sushi tycoon Kiyoshi Kimura caught the record for the most expensive tuna ever purchased, and this new year of 2019, he doubled that. Kimura dished out an astonishing $3.1 Million Dollars for a giant tuna— deeming this silver swimmer the world’s most expensive.

The bluefin tuna, an endangered species, was purchased by the gutsy guru at Tokyo’s new fish market this new year. Weighing in at 612 pounds, Kimura claims it was worth every penny.

Normally, a fish of this size and caliber would auction off at around $60,000 dollars, however, today’s record is solely based on status. At $8,000 dollars per kilo, the tuna sold there was eight times the price of silver, making the world’s biggest fish market a popular tour attraction.