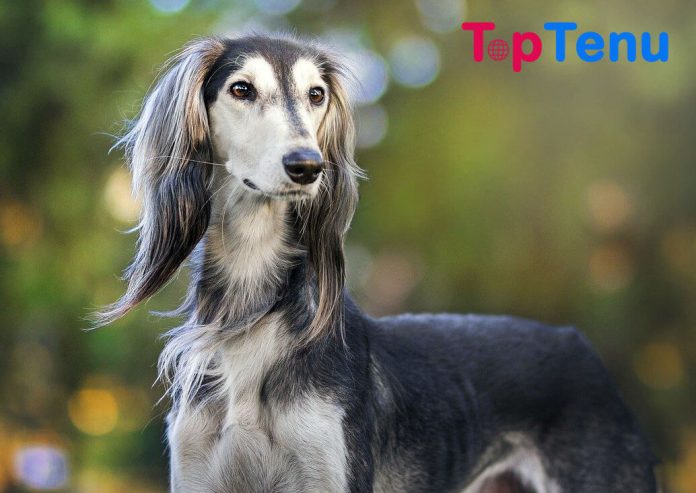 Top 10 Most Expensive Dogs in the World

Chinese Chongqing Dog If you like dogs then you’ll probably be interested in this very unusual Chongqing dog from China.

To be able to keep this dog you’ll have to know a lot about its nature. Chongqing dogs have a long history, they developed through the natural course of evolution, which gave them some of the best qualities a dog can have.

They’re brave, strong and they are great runners. Their hearing is perfect, same goes for their sense of smell. They’re not only guards but also great hunters.

They are especially good at catching small mammals and birds. Only they require proper training for that. Chongqing can be of great help to people with disabilities.

They have an average size and the males are stronger than females. An adult Chongqing weighs about 55 pounds and is usually about 22 inches high.

Peruvian Inca orchid dog Perhaps one of the strangest kinds of dogs in the world. This one is almost completely naked. They’re usually grey and sometimes have spots.

There are three basic types of this animal, depending on the size. From the tiny 9 pound dogs to 55-pound ones.

And even though the lack of fur might seem convenient, they still require some special care. Because they don’t have any hair they get burnt from the sun and their skin tends to get very dry. Plus they don’t tolerate cold very well.

The Saluki dogs were famous a long time ago, even since the time of the pharaohs. They were popular among merchants, travelers, and hunters. They helped them catching animals.

It is one of the oldest types of domesticated dog breeds that is still very popular. Saluki is thin and slim and they somewhat resemble longhaired greyhounds.

Males are typically 28 inches and weigh about 60 pounds. They prefer to be alone and they’re not very sociable. They’re very active so you better be prepared to run a lot.

Lowchen is one of the rarest and expensive dogs in the world. It`s regarded as one of the ancient types of dogs. It has very unusual looks and it always brings a lot of positive emotions to people.

The name Lowchen literally means “little lion”. They look like many other types of small breeds although they sometimes grow pretty big.

They’re kind of hard to find, every year only a few hundred of these are officially registered. They were very popular in France and Germany in the middle ages.

They’re very playful and friendly and their owners seem to like to cut their hair very much. Lowchen is great to keep in a flat. Kids love them and they love kids in return.

Although they require some treatment, which takes a lot of time and financial investments. And because there aren’t that many of them, they cost quite a lot of money.

Related: Top 18 Most Famous Animals in the World

Tibetan mastiff is another one of those ancient breeds. They are one of the biggest kinds of dogs in the world. They were found in the whereabouts of modern Nepal.

Some Tibetan mastiff can reach up to 83 cm and weigh over 70 kilos. Back in the days, they used to act as guards for small cattle. They used to protect people’s homes.

They can be very stubborn and require some extra effort in training. They are not very uncommon but the best ones are those that come straight from Nepal.

Over the past few years, this dog has become a symbol of wealth among many Chinese. They are high in demand and are quite pricy. Their pups used to cost about a few hundred dollars.

Now they usually cost over a few hundred thousand. You’ll be very surprised to know that a Tibetan mastiff pup by the name of Big Splash was bought for 1.5 million dollars! This guy s god red fur.

It was sold in China in the city of Qingdao when it was 11 months of age. Later on, 2 more Tibetan mastiff pups were sold in the Zhejiang province in China.

The one on the right was sold for 968 000 dollars and on the left was sold for 1 900 000. How do you like that But that’s not all! There is a rumor that last year another mastiff was sold for an insane amount of 4.3 million dollars at a fair in Beijing.

Although experts are sure that such rumors are nothing but a way to try to increase the price of these rare kinds of dogs.

Akita is arguably the most popular type of don on our list. Thanks to a Hollywood film Hachi A Dog’s Tale. This dog comes from Japan and there are currently two types.

The Japanese type (Akita Inu) and the American kind. Both cost quite a lot of money but the Japanese ones are more expensive than their American relatives.

Akita dogs are similar to spitz and husky. They also tolerate cold temperatures well because they have a double coat that keeps them warm.

The Japanese Akita is a bit smaller than the American but their temperament is very similar. Also, they tend to be very neat.

Pharaoh Hound Despite their name Pharaoh Hound was not bred in Egypt. They actually come from Malta. They look very graceful and elegant.

One of their hallmarks is the fact that their ears and noses turn red when they feel excited and happy. They have short red fur, red paw pads, whiskers, and noses.

They can reach 60 pounds although most of them weigh somewhat less. Females are usually 21 inches high and males are typically 25.

They’re very stubborn and independent and that’s why it can be hard to train them. But those who manage to find their way with Pharaoh Hound get some pretty impressive results.

Samoyed dog is a very friendly and loyal animal that likes to be outside and wants to play with you all the time. Samoyed dog originally came from nomadic tribes of Siberia.

You can think of it as an alternative for Siberian husky. Samoyed is a very strong and tempered animal. Males sometimes reach about 67 pounds in weight.

And although their abilities are almost useless in the urban environment, their friendliness and sociability conquered many hearts.

If you’re thinking of getting one, you should be aware of the fact that when these dogs get bored, they tend to dig the earth.

So, if you’re not really looking for holes in your back yard then perhaps this dog is not the best option for you. These are best kept in closed environments. Also, their fur is hypoallergenic so that’s some good news. People often knit gloves and scarves out of it.

Azawakh is a guardian dog. Their history is full of mysteries. According to one of the versions it was brought to Europe from Asia, although that information was not confirmed.

According to another version, this dog was brought to Europe by nomadic African tribes. Azawakh is quite popular in both US and Canada.

They can go as fast as 45 miles per hour, which is why people often use them to hunt small animals. They are very brave and they will always protect their kind from predators.

They are usually very thin and tall. Over 30 inches. They’re built in such a way that even when they’re full, you can still see their ribs. They are very active and require good care.

They’re clever and they always rely on their owner. Moderately assertive, they can’t be left on their own in a stressful situation. Their strength and endurance are incredible.

Thai Ridgeback is Thailand’s national breed. They are hunting dogs. For many hundreds of years, they could only be found in western Thailand.

American dog breeder Jack Sterling brought a few of them to California not so long ago. Thai Ridgeback is a very strong and active dog.

They are very sharp and independent. Of all the things they like two long walks and their owners. They’re very easy to please, all you gotta do is take them for a walk and throw them some balls or Frisbee.

Okay, guys, tell me which one of these doggies did you like most of all, Or maybe you know other cool types of dogs. Share your answers in the comments and thanks a lot for your attention!