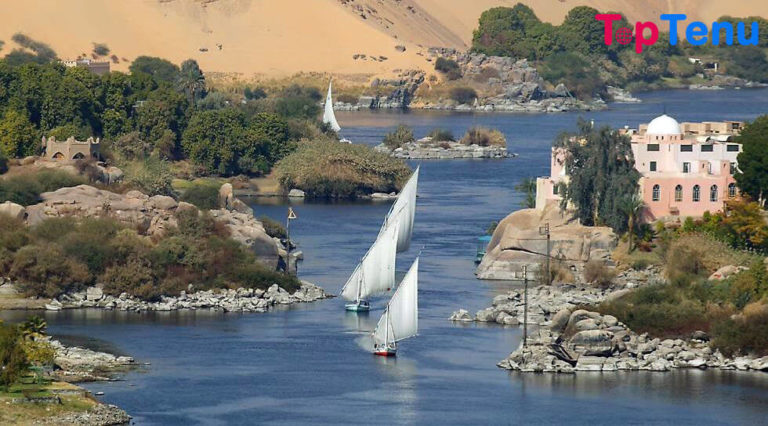 7 Most Dangerous Places to Swim in the World

These are the most dangerous places to swim on the planet. Sharks, toxic waters and currents will take you to your watery grave…

When and where was the first modern swimming competition:

You’ll find the answer at the end of this list!

We couldn’t forget a ‘half’ American classic: the Niagara Falls at number 10. This turbulent yet gorgeous natural wonder is the home of three waterfalls; and although you’d be enjoying a nice float on the header pool (that’s the name for the body of water just before the actual fall!)

The Nile River is an ancient river, and was vastly important for the development of the early Egyptians since it helped make the ground fertile.

This river, however, is a known crocodile hotspot. The slow, murky river helps the croc to disguise itself under water to wait patiently for its next prey. These ancient reptiles kill over 200 humans a year; and have no trouble chomping up bigger creatures such as small hippos.

If the crocodiles don’t get you, then I hope you’re vaccinated as the river has been known to carry parasitic flatworms that invade your body and cause what’s known as ‘Snail Fever’ – a disease that invades your intestines and can lead to liver damage, kidney failure – and even death.

Like the Nile, Snail Fever is also prevalent in Lake Victoria, a 209 mile long African Great Lake which sits between three countries: Kenya, Uganda, and Tanzania.

However, Snail Fever can be treated given the right medical attention; the real danger in Lake Victoria is mother nature. The huge width and length of the lake, mixed with the constant humidity and low visibility often make it very difficult to navigate the lake with an average of 5000 deaths per year just due to poor navigation and the weather.

The weather can change along the lake in an instant, with the humidity making it very easy for thunderstorms to develop – which then often break boats apart leaving their crew to drown in the deep water.

Related by: Top 10 Scary Sea Creatures in the World

Lake Karachay isn’t home to any vampire fish or hungry crocodiles – with the ‘WorldWatch institute’ calling Lake Karachay the ‘most polluted spot on earth’, any life here is just not likely.

Nowadays, the Russian government have attempted to fill the lake with rocks and rubble in an attempt to block any radiation from escaping – but we’d still advise you to keep away!

The Victoria Falls are the 7th natural wonder of the world, and number 3 on our list, and you can see why – however, the victoria falls have attracted the nickname of the Devil’s Pool due to the 305 foot drop from the very edge of the falls.

Since it is a popular tourist destination, visitors can often be seen with tour guides at the edge too, swimming metres from the drop. The flow here is safe enough that you won’t be dragged in, but the guides who know the waters will make sure you don’t go too close – so don’t go alone.

The boiling lake is known as a ‘flooded fumarole’, which means there is an opening near a volcano below the surface of the lake which releases extremely hot gases, sulfur, and hydrogen sulfide. Perhaps this gives a hint as to why the lake is named “The Boiling Lake”!

The boiling lake is known to fluctuate in temperature, but usually rests on around 180 to 197 degrees fahrenheit, which is a temperature just under what you’d boil an egg in – however researchers estimate the centre of the lake to be much hotter. The depth of this huge body of water is estimated to be over 195 feet.

Related by: 11 Mind Blowing Underwater Statues in the World

Although West End is not the most shark infested area in the world – the rate of death certainly is greater and that it is on the number one spot on our list.

Tiger Beach’ in West End, Grand Bahama Island is known to be a hotspot for Tiger Sharks, an aggressive shark which can grow up to 16 feet and is the second most dangerous shark in the world in relation to human attacks. However, the beaches here have also been seen to home hammerhead sharks, bull sharks and black tip sharks – which will hunt humans for food.

However, money talks and the tourism from unprotected dives is a great source of income for the Island; so it doesn’t seem likely to stop any time soon.

So? When and where was the first modern swimming competition?