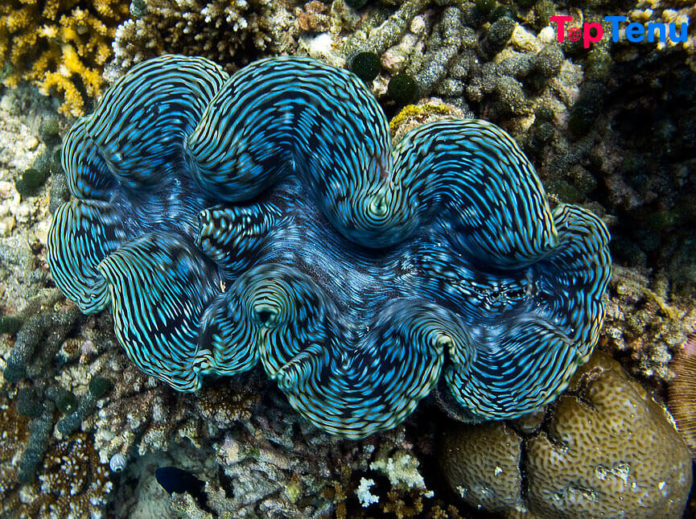 10 Colossal Creatures of the Deep Sea

Prehistoric phenomena of early earth bred creatures of all proportions. If such colossal creatures existed before, who knows the grandeur nature of what lurks below now.

A deep-sea crustacean relating to shrimp and crabs, the isopod on average is about 15 inches in length, with room for growth.

In 2010 scientists plucked one such crustacean from its underwater home to reveal a bug-like creature almost three feet in length.

While it is unknown as to how the giant isopod gets so massive, research assumes it’s due to the slow adaptation to an extremely pressurized deep-sea environment.

In fact, the isopod can live in depths of 7020 feet, scowling the bottom of the dark ocean floor for bits of food scraps from the dead carcasses of whales, fish, and squid.

Rows of large spines cover the giant-spined sea stars which cling to rocks and coral on coastlines ranging from Southern California to British Columbia.

While they can grow up to two feet in diameter, these marine animals are so tough they can regenerate limbs as well as their entire bodies on command.

The giant-spined starfish are economical as well, as their mouth and anus eat and excrete out of the same hole. While each colorful appendage hosts an eye at the end of each limb, a forty-armed giant-spined sea star has, you guessed it, forty eyes.

Related: Top 10 Most Beautiful Snakes in the World

Sifting along the surface seeking its prey, the floating hydrozoan is a carnivore, using tentacles up to 165 feet long to entertain its prey.

The anomaly is mostly found grazing the waters of the Atlantic, Indian, and Pacific Oceans and with one painful sting, releases a venom that can kill fish and even, albeit rarely, humans.

The Lion Mane Jellyfish is a luminous, living, breathing and glowing mass of billowing tentacles which can be found drifting in the colder regions of the Arctic, northern Atlantic, and northern Pacific Oceans.

The most potent of all jellies, this poisonous prowler has the potential to inflict death upon any human who crosses it, yet kindly, the Lion’s Mane Jelly prefers to stun rather than kill.

Embedded within their ample appendages are nematocysts, explosive cells of the stun-gun variety which release a venom to paralyze its prey.

Reaching a diameter of 6.6 feet, the jelly’s adjuncts have been known to reach lengths of 165 feet! If one were to compare this size with another ocean beast— the largest recorded blue whale was a measly 108 feet in length.

Scientists estimate that the giant spider crab can weigh up to 44 pounds with a leg span of thirteen feet, so imagine a towering sea spider hovering over you like prey, with claws so sharp they’ve been known to chop off a human finger.

The marine mother of pearl is a mollusk so grand, it spans a length of four feet and weighs up to 500 pounds.

Generally found latched onto reefs in the warmer waters of the South Pacific and Indian Oceans, the bottom dwelling behemoth is the largest of its kind.

These slow-moving bottom feeders are no small guppy however, as the biggest recorded whale shark was measured at a shocking 42 feet, weighing in at about 47,000 pounds.

Feeding almost exclusively on tiny fish and plankton, this ginormous spotted carpet shark would have to consume massive amounts of these microscopic motes in order to appease its size.

Despite having 3,000 tiny teeth that are less than one inch long, these giant fish filter and sieve their food.

Growing to an average of about fifteen feet, scientists compare the beast to half the size of a large bus.

What deems these sharks as daunting is in the deadly nature of their attack— swimming at speeds of up to 65km per hour, the great white first circles far underneath its prey before coming up for an attack.

300 jagged teeth make the great white a nasty opponent to other mammals and fish.

The giant squid has been a sea spectacle for centuries, in fact, various accounts of these cephalopod creatures date back to the 13th century.

Members of this class include octopus, cuttlefish and mollusks, yet the squid is the largest of all with a record length of forty-three feet.

Weighing nearly a ton, it would seem as if this magnificent Mollusca would be hard to miss, yet the vast open ocean keeps them well protected.

The blue whale in one of the most astonishing creatures on earth and weighing in at eighty to one hundred feet long with a maximum record weight of 173 tons, this is easily the largest animal to have ever existed.

Even has an infant, the blue whale is twenty-five feet long at birth and weighs about three tons.