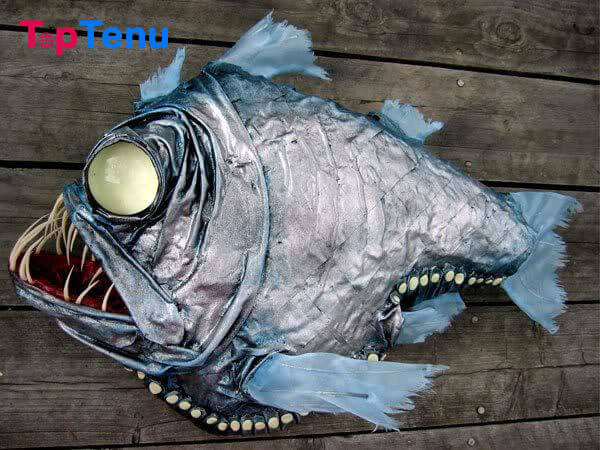 Octopus, Cuttlefish, and other sea creatures use camouflage and mimicry to hide from predators and capture prey.

The crocodilefish, also known as the Giant flathead, is a fish of medium size that can grow up to 20 inches long with an average recorded size of 14 inches.

It may be found in the western Pacific Ocean, in the coastal waters of the Philippines, Borneo, Papua New Guinea, New Caledonia and Palau.

They dwell at the bottom of shallow waters, often camouflaging themselves on semi-exposed or sheltered reefs. The intensity of the coloration that adults have on their bodies varies in accordance to their surroundings.

Crocodilefish are ambush predators that take advantage of their camouflage to capture their pray which mostly consist of crustaceans and smaller fish.

Penguins use a camouflage technique known as countershading, which is one of the most common forms of marine camouflage.

While they are in the water, their black and white patterns help hide them from both predators and prey. The darker top half of the animal blends with the dark waters below and the lighter half blends in with the waters above.

The high contrast on the penguin’s body makes it one of the best known examples of animals that use the countershading technique.

The Leafy Sea Dragon may be found along the western and southern coasts of Australia. Its body is covered in long leaf-like protrusions, a feature that gives this marine fish the ‘leafy’ part of its name.

The ‘dragon’ component of its name is derived from the resemblance it bears to the mythical creature. The leafy sea dragon’s appearance offers an excellent form of camouflage due to the lobes of skin that grow on its body. These characteristics give it the appearance of seaweed.

Decorator crabs are known for using materials from their environments in order to hide from predators. They can also ward off predators by attaching noxious organisms to their body.

These organisms display various warning signs of their toxicity, such as bright colors, in order to discourage potential predatory attacks, a concept known as aposematism.

Deep-sea hatchetfish, also known as marine hatchetfish, are found in the temperate, subtropical and tropical waters of the Indian, Pacific and Atlantic Oceans.

They range in size with smaller species averaging 1.1 inches long to the Giant hatchetfish, which averages 4.5 inches long. Much like its name would indicate, this creature is found in deeper parts of the ocean, at depths ranging from 160 to 4,900 feet below.

The big blue octopus is found both in the Indian and Pacific Oceans in the reefs and shallow water of regions that range from the eastern coast of Africa to Hawaii.It is a predator with a diet consisting mainly of mollusks, shrimp, fish and crabs.

The Mimic Octopus can use its highly flexible body to impersonating other sea creatures. It can also change its texture and color to blend into the environment.

It uses pigment sacs known as chromatophores to blend in with nearby coral or algae-encrusted rocks. The mimic octopus is the only known marine animal that is able to take shape of such a wide variety of objects and animals.

It uses this shape-shifting ability to capture prey as well as evade or intimidate predators. It may choose to mimic a crab as an apparent mate only to then devour potential suitors.

Unlike most octopus, which tend to use coral reefs as shelter, the mimic octopus also prefers river mouths and estuaries.

The exact number of species it can mimic is not known, but most of them are poisonous. Lionfish, sea snakes, flatfish, and jellyfish are among the most common animals that this octopus imitates. Depending on the creatures it encounters, the mimic octopus will also decide which mimicry behavior is best suited for each situation.

Cuttlefish, are often referred to as chameleons of the sea’ for their ability of blending into their surroundings by quickly changing their colors.

This creature’s skin has three optical components, which are arranged vertically, that enable it to reflect or absorb light. In response to visual information, cuttlefish use the neutrally-controlled chromatophore to change the pattern or the color of their skin.

Researchers have discovered that these cells contain luminescent protein nanostructures that give the cuttlefish its ability to quickly make elaborate changes in pigmentation.