Urea is the final product of protein metabolism in the body, and at the same time it is an organic chemical compound formed in the ornithine cycle. This substance synthesized in the liver is made of arginine in a reaction catalyzed by arginase, and then secreted with sweat (through the skin) and urine. Although a result above the upper limit of normal usually indicates a deterioration of kidney function, it is worth emphasizing that the level of urea also increases physiologically – with age.

Urea in the blood

Urea is a natural chemical substance formed in the body as a metabolite of proteins and other nitrogen compounds [2]. It is mainly excreted by the kidneys, depending on the degree of diuresis. Blood urea level testing is used to diagnose kidney function and metabolic diseases. An important indication for the determination of the concentration of this compound is also the evaluation of protein catabolism in dialysed patients. However, the sensitivity and specificity of the determination of urea concentration for the purpose of assessing kidney function are much lower than the measurement of serum creatinine. Increased values ​​are observed only when renal function is impaired below 25% [3].

Important Due to the variety of factors influencing the blood urea level, this index is less accurate than the concentration of creatinine. Both of these parameters are used to diagnose the renal and prerenal causes of the increased amount of nitrogen compounds.

Urea determination is one of the basic biochemical tests performed in the diagnosis of kidney diseases as well as to assess the effectiveness of dialysis. The normal concentration of urea in the adult population should be in the range: 2.0–6.7 mmol / L (15–40 mg / dL), although this value may vary slightly between laboratories. The level of urea in the blood depends to a large extent on:

It is worth knowing that in the diagnosis of kidney diseases, a coefficient expressed as the ratio of the concentration of urea and creatinine in the blood serum has been used, by means of which it is possible to differentiate the causes of azotaemia.

ImportantThe blood sample should be taken on an empty stomach between 7: 00–10: 00, by a qualified person, under strict asepsis. Plasma with ammonium heparin should not be used, because the ammonia contained in it may distort the result [3].

Increased urea concentration is usually associated with decreased renal perfusion, oliguria and anuria [5]. Moreover, the increased value of this compound may be the result of damage to body tissues (burns, extensive injuries, tissue crushing); increased catabolism in the course of glucocorticotherapy, hyperthyroidism, cancer chemotherapy, dehydration, and consumption of too much protein, especially of animal origin. It is worth emphasizing that in the case of severe kidney damage with limited filtration, urea excretion is significantly reduced, and consequently its concentration in serum increases significantly.

This is interestingIn the elderly, there is often a physiological increase in blood urea levels. On the other hand, lower urea concentrations are observed in children due to the predominance of anabolic over catabolic processes.

Properly balanced nutrition undoubtedly plays an important role in diet therapy and dietary prevention of diseases of various organs, including the kidneys. In clinical practice, a protein restricted diet is often used to regulate blood urea levels, to which the body has an impaired tolerance. The goal of the diet is to prevent the excessive production of protein metabolism products that are toxic to the body.

WHAT HELPS AND WHAT HIMS, or some practical tips for people on a low-protein diet:

ImportantAnimal proteins can account for more than half of the protein in the diet only when the daily food ration includes special starchy low-protein products, such as: bread, flour, pasta [4].

ImportantThe doctor should decide on the amount of protein administered.

Any deviation from the norm undoubtedly requires a medical consultation in order to make an accurate diagnosis and determine the cause of abnormal blood urea levels. Specialist consultation is also necessary in patients with already diagnosed chronic kidney disease. 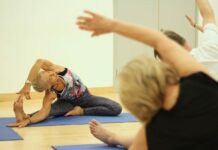 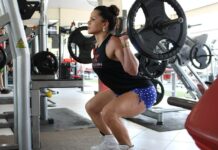 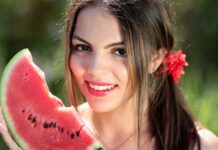