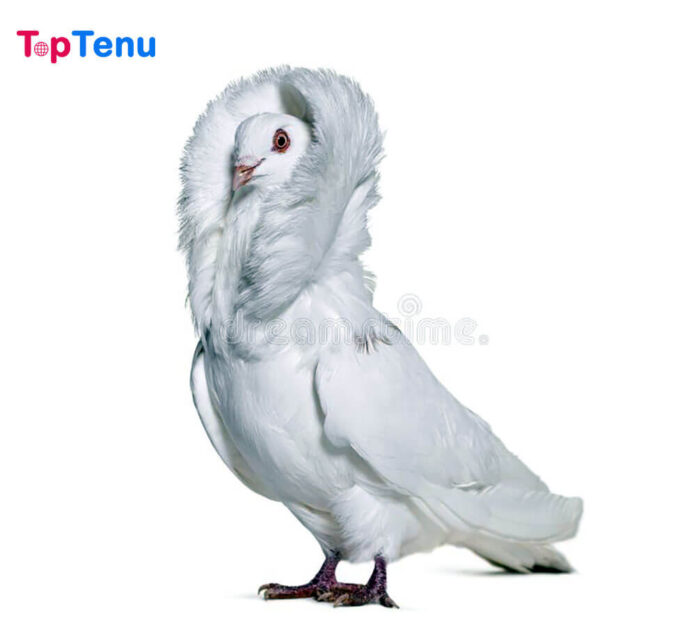 Top 10 Most Beautiful Pigeons In The Word

The Archangel is a breed of fancy pigeon, notable for the metallic sheen of its feathers. It is kept as an ornamental or fancy breed, valued for its unusual appearance.

Archangels are small, weighing about 12 oz, with unfeathered legs and dark orange eyes. The body of the bird is bronze or gold with wings that are either black, white, or blue.

The Jacobin is a medium sized pigeon, quite slender and tall. It is characterised by a distinctive muff or cowl of feathers which forms a rosette on both sides of the pigeon’s head. This is made up of a mane at the back of the head, the hood over the top and a “cravat” of two lines of feather running down the front of the chest.

There is currently a trend towards breeding Jacobins with longer necks which then hold the hood off the shoulders. This is said to better display the hood.

Related: Top 10 Most Beautiful Snakes in the World

African Green Pigeon.Usually found in small groups, foraging in trees for fruit, adult African green pigeons have maroon patches on the top of their wings and the juveniles have an olive color. The upperparts are grayish-green to yellowish-green; the thighs are yellow;

And the feet and bill are red with the bill having a white tip. Their green plumage is great camouflage and they are fast fliers.

The Fantail is a popular breed of fancy pigeon. It is characterised by a fan-shaped tail composed of 30 to 40 feathers, abnormally more than most members of the pigeon family, which usually have 12 to 14 feathers. The breed is thought to have originated in Pakistan, India, China or Spain.

These smaller, attractive pigeons are often used as “dove” releases at weddings and other ceremonies because they can be trained as homing pigeons and will return to a roost after release.

Named for the British Monarch Queen Victoria, the Victoria Crowned Pigeon is without doubt a royal bird. Its dusty blue-grey feathers may remind one of the pigeons found on any city street, but the Crowned Pigeon’s elegant blue lace crest, scarlet eyes,

And rakish black mask are unlike anything you’ll find pecking around in the city park. Add in the fact that this largest of all pigeons is nearly the size of a turkey, and you know you’re seeing something special.

The Green Imperial Pigeon is a pigeon which is a widespread resident breeding bird in tropical southern Asia from India east to Indonesia. Its back, wings and tail are metallic green. Meanwhile, the head and underparts are white, apart from maroon undertail coverts.

It is usually seen alone, in pairs or in small groups of 3-5 birds. But occasionally, flocks of up to 60 birds can be seen at fruiting trees and at roost.

A handsome, reddish species, Spinifex Pigeon is mostly ruddy-coloured and has a pointed rufous topknot and a striking face pattern: Bare red skin surrounds a pale eye, and the face is striped black and white, with some subtle blue markings too.

Bold black bars are spread across the wings and sides of the mantle. It is inconspicuous when it forages on the ground, and is well camoufl aged, as its reddish colouration mirrors the red dirt and the rocky outcrops within the arid landscapes it inhabits.

The Nicobar pigeon is one of the closest living relatives to the dodo, a bird which is now extinct. This pigeon is found on the small islands and coastal regions from the Nicobar Islands, east through the Malay Archipelago, to the Solomons and Palau.

This large pigeon, measuring 16 inches in length has a grey head, like the upper neck plumage, which turns into green and copper hackles. The tail is very short and pure white, while the rest of its plumage is metallic green.

This tells us that this bright wardrobe helps the guys pick up the pretty, little green ladies. The brighter you are the better your chances of finding the perfect mate.

Rose-Crowned Fruit Dove Pretty as a sunset cocktail, the rose-crowned fruit dove is a native Australian species. Named for the distinctive pink patch that caps their foreheads, these beautiful birds belong to the large genus of fruit doves called Ptilinopus, along with around 50 other species native to Southeast Asia and Oceania.

While the males and the females both develop the pink cap, the males are adorned with the best colour patterns, with an array of bright orange, more pink, and yellow plumage sitting below their grey chests. The males use their pink caps as part of their courting displays, bowing their heads low like common pigeons do to give the females a good view