Ary Digital has announced its upcoming drama serial Baddua, which will air in September 2021.

The drama will be broadcast on Ary TV every night at 8 o’clock. The double episode of Baddua drama will be aired every Monday night from 8 pm to 10 pm.

Check out all the details of the drama cast, her name, and pictures from their real life.

Muneeb Butt is a famous Pakistani actor. He has worked in many dramas. Muneeb Butt has 3.6 million followers on Instagram account.

Amar Khan is a well-known Pakistani actress and model, writer, and director. She is a multi-talent girl.Amar has an Instagram handle with 323k followers.

Maryam Noor Sheikh known as Maryam Noor is a beautiful Pakistani actress, model, and Lawyer. She is 26 years old. She has more than 570k followers on her Instagram account.

Mohsin Abbas Haider is a famous actor, model, host, singer, and poet. He is 35 years and married, But unfortunately, his marriage did not last long. He has 588k followers on his Instagram account.

Shaheen Khan is a talented Pakistani actress. She is 43 years old and married. Have a look at Shaheen Khan’s latest pictures from her Instagram account below.

Mehmood Aslam is a senior Pakistani actor. He has appeared in several classic dramas such as Andhera Ujala, Payas, and Din. These days, He is coming in the comedy-drama serial Bulbulay. Mehmood Aslam has 31.5k followers on his Instagram account.

Samina Ahmad is not only an actress but also she is a producer and director. She is one of the senior actors of Pakistan. Samina Ahmed is 74 years old and married twice. She has 21.3 followers on her Instagram account.

The story of the drama Baddua is based on an untouched topic, written by Samina Ijaz and directed by Ramish Rizvi. The producer, Abdullah Seja hopes that the drama will be very successful. Because its story is based on a completely different topic, which highlights some of the difficult problems that exist in our society.

Baddua drama story is about of two lovers who fight all the odds to be together. The drama cast of the drama has made it, even more, interesting with their hard work. Amar Khan and Munbeeb But are playing the lead roles. While Maryam Noor and Mohsin Abbas Haider are seeming in very different roles in the Baddua drama.

Ary Digital has released the first teaser of Baddua on YouTube. Which was much appreciated by the drama viewer. Baddua teaser got 1 million views and 15k likes in just a few days. It seems that viewers to be excited to watch Baddua on their Tv screens. Have a look at it below. 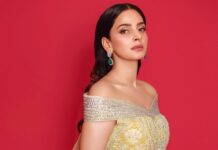 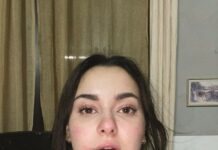 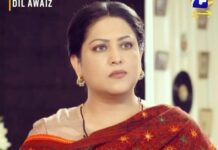